Nuclear energy was recently labelled as green energy by the European Union. The Netherlands is planning to build two new nuclear power stations and France is in the midst of a “nuclear renaissance”, having contracted the construction of fourteen new reactors. This current climate of nuclear enthusiasm contrasts with the ‘70s and ‘80s that saw rampant waves of antinuclear activism, where ecological, antiwar and feminist struggles ballooned into larger citizens movements. For an inaugural first workshop, taking place on Friday 20 May from 15:00, Kyveli Mavrokordopoulou and Agnès Villette invite participants to engage with these histories and think of them collectively through the International Institute of Social History archive in Amsterdam. 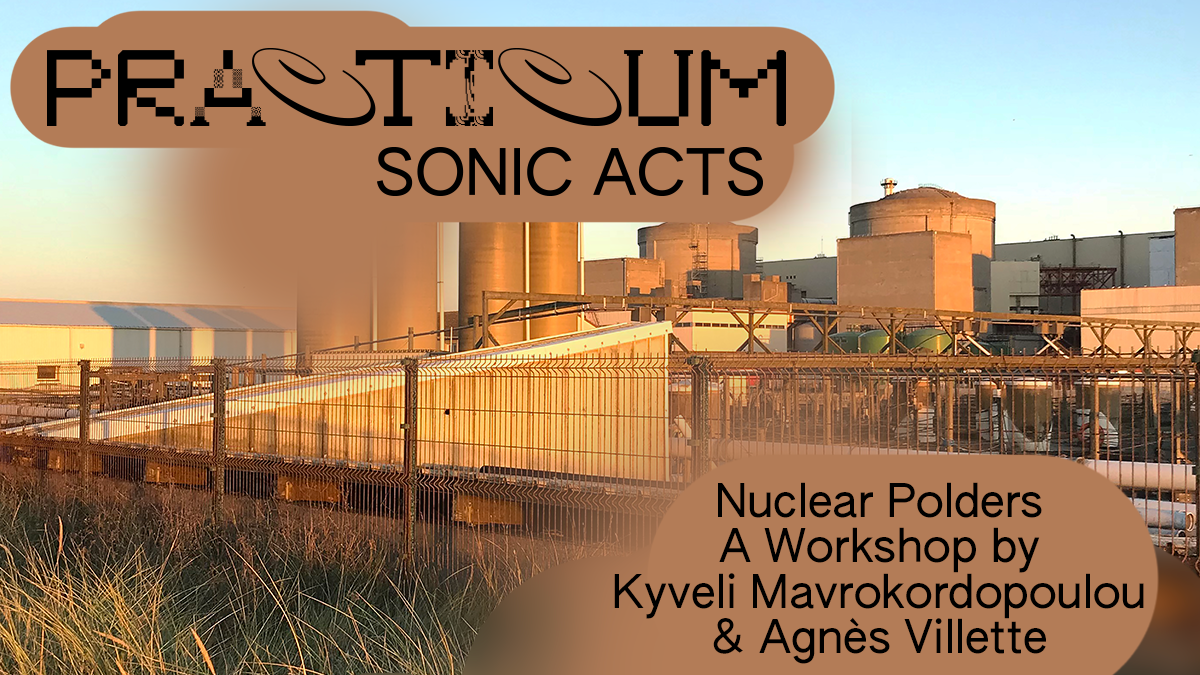 The workshop is organised around a small exhibition composed of antinuclear material selected by Mavrokordopoulou and Villette - including posters, handouts from antinuclear marches, an audio piece and books. IISG members will present the archive, followed by an introduction to Nuclear Polders and the selected material, and a 15-minute lecture on Dutch antinuclear activism by Ruby de Vos (University of Groningen). The session concludes with a roundtable discussion, during which the group will assemble ideas and work towards conceptualising an antinuclear poster to be printed following the workshop.

This workshop is open to artists and researchers at every stage of their education or career, activists, and anyone interested in nuclear culture. Apply by Monday 2 May through Homerun to join the workshop. You will be asked to submit a brief motivation about why you are interested in the workshop (no more than 300 words) and a short biography (no more than 150 words about yourself). If selected for participation, you will be sent a confirmation email with a payment link. Cost € 12,50 – Full Price € 10 – Students

Several ageing nuclear infrastructures, in Europe and beyond, are threatened by imminent water-level rising brought on by climate change. As shorelines creep inland and weather conditions worsen, the fragility of these robust infrastructures comes to the fore. Where does this leave us regarding the current nuclear optimism triggered by climate change? On the coasts of the Netherlands (Borssele), Belgium (Doel) and France (Gravelines), lie three nuclear power stations that share the mutable soil of the polder landscape – all three locations are threatened by water as the ground they stand on seeps away. There was no consideration of climate change when they were built. Today, it threatens the three nuclear plants and requires continuous construction of dykes and elevated buffers. Timing matters very much – consequences are set to take effect within the next five to fifteen years. Yet, since the nuclear plants are run by three distinct sovereign and juridical systems, they are managed according to national agendas. Adopting geological and political discrepancies as a starting point, Nuclear Polders consists in a research project combining art, field trips and investigative practices that explore the techno-natural entanglements at play in these three locations. By paying attention to the parallel, yet distinct, histories of these infrastructures, Nuclear Polders is an invitation to better understand the implications of our nuclear present and future. Through the accumulation of visualisations, theoretical reflection , and artistic speculation about the three locations, we will work collectively towards a publication connecting the fragile nuclear geographies of polder landscapes using an expanded archive of essays, artworks and a fiction. The project will unfold through a series of lectures and workshops that invite participants to explore and learn from nuclear geographies and histories, policy issues, activism and ongoing controversies. They will culminate in a group field trip to Gravelines, Doel and Borsselle. Nuclear Polders offers a unique package of online and in-person meetings, workshops, online lectures and field trips to active and decommissioned nuclear sites.

Kyveli Mavrokordopoulou is an art historian and curator working at the intersection of art history and the environmental humanities, with a special emphasis on nuclear technologies. She defended her doctoral dissertation Dwelling, Extracting, Storing. Nuclear Imaginaries in Contemporary Art (1970-2020) in November 2021, at the École des Hautes Études en Sciences Sociales (EHESS, Paris). Previously, she was a fellow at the Environmental Humanities Centre, VU University, Amsterdam (2019) and the Climate Commons Working Group, Carleton University, Ottawa (2018). She has programmed and curated projects for institutions including Framer Framed and the 7th Moscow Biennial. Recently she acted as guest editor of RESOLUTION Magazine Hot Pictures (2021). Previously, she has taught classes at the Royal Academy of Art in The Hague, Sandberg Instituut in Amsterdam, Yale School of the Art, Esä in Dunkirk, and Carleton University in Ottawa. Agnès Villette is a PhD candidate at Winchester School of Art, her practice-based doctorate in Nuclear Aesthetics investigates the Radioactive Ruins of the Norman territory of La Hague. She is also a freelance journalist with an art practice in photography. Trained in literature, she gained an Agrégation in Modern Literature at Paris Sorbonne and a Master in Art Photography at London College of Communication. She has taught in different institutions and is currently a lecturer in Visual Culture at Cambrai Art School in France. She is working on four art and research projects at the intersection of photography, writing and theory, such as the photographic series Alien of the Species exploring invasive insects and entomology, Beta Bunker, researching bunker architecture, Haunted, her PhD project about the Norman peninsula and its nuclear Cold War legacy and finally Landemer, a nonfiction novel based on a cold case that took place in 1969, in Cherbourg.
This site uses cookies.