On Thursday, 31 March from 19:00, Sonic Acts continues the Night Air event series with Melting Cores at OT301 in Amsterdam. This gathering gets to the heart of matter – a place of reaction and fusion, where insights are generated and imaginations proliferate. Featuring a talk from Louis Braddock-Clarke and Zuzanna Zgierska, a screening of Takashi Makino’s Generator and Susan Schuppli’s Ice Cores (with Q&A), Transients I/O performed by Andreas Kühne, as well as DJ sets from Yantan Ministry and Why Be, Melting Cores will explore the politics of climate archiving, elemental collapse, and the (de)centralisation of cultural perspectives. VENUE OT301, Amsterdam House rules TICKETS – All proceeds from ticket sales go to Giro555 for aid to Ukraine Doors open from 18:30 €8 Full programme (starting 19:00) €6 Late entry (performance & DJ sets from 22:00) LINEUP & PROGRAMME Louis Braddock-Clarke & Zuzanna Zgierska – Talk + Q&A Ice Cores by Susan Schuppli – Screening + Q&A Generator by Takashi Makino – Screening Transients I/O by Andreas Kühne – Performance Yantan Ministry – DJ set Why Be – DJ set Melting Cores is imagined as a journey to the core of things: from atoms to ice, from rare earths to the Arctic Circle. Fused together, stories from Louis Braddock-Clarke, Zuzanna Zgierska, Susan Schuppli, Takashi Makino, Andreas Kühne, Why Be and Yantan Ministry resonate with Indigenous cosmologies, local knowledge and sensitive methodologies. In a talk about their audiovisual project, Out of Focus, Louis Braddock-Clarke and Zuzanna Zgierska – both lecturers at KABK in The Hague – track down the widely dispersed fragments of a meteorite that fell thousands of years ago in Imnaminomen, Greenland. Previously hidden under the ice cap, the deposits have become an open invitation for explorative extraction. Their talk stems from field work in the region and brings forth stories that intersect geological events, mineral extraction and postcolonialism. 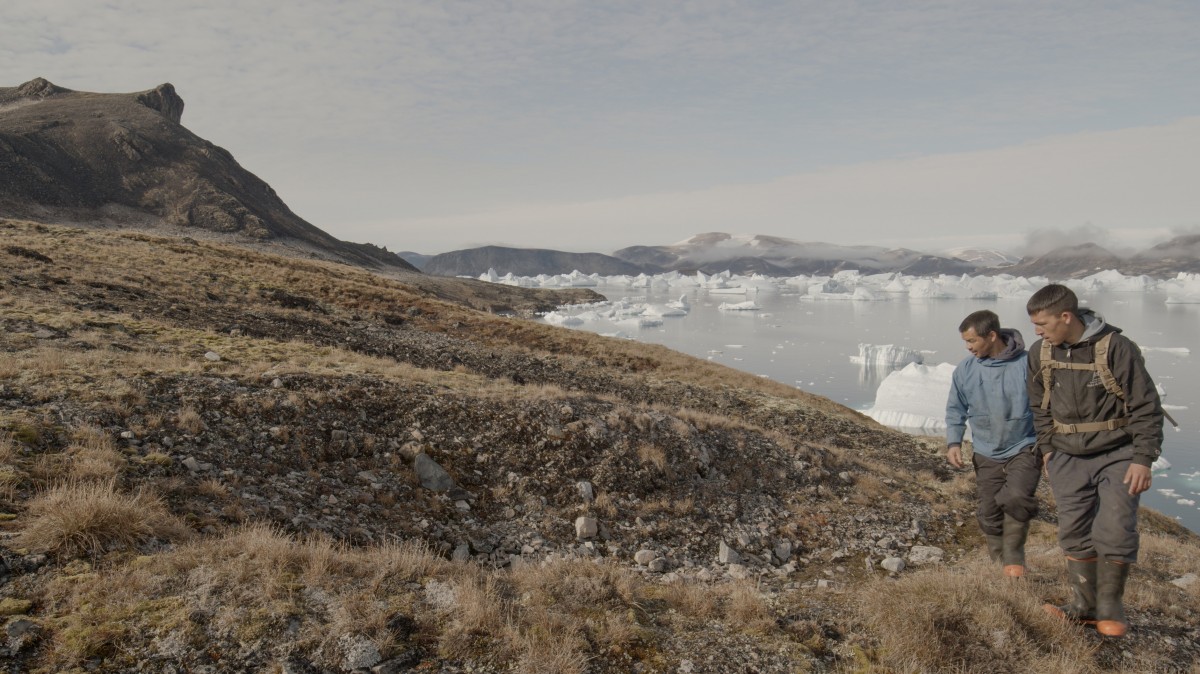 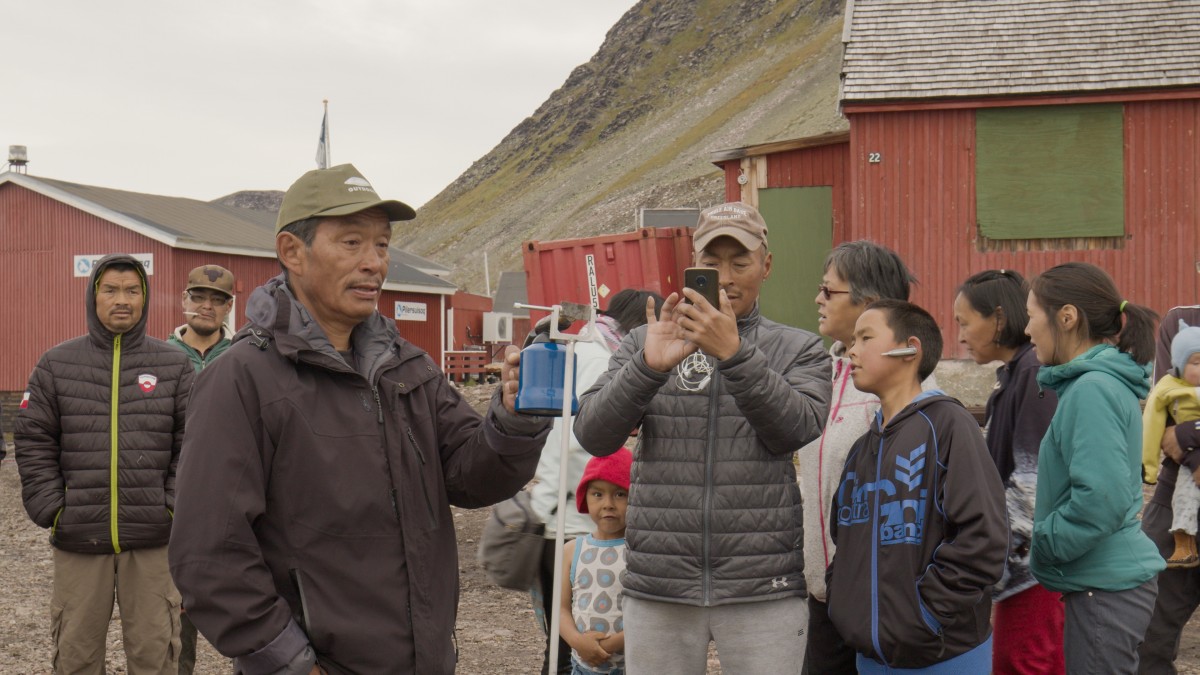 Susan Schuppli is Reader and Director of the Centre for Research Architecture, Goldsmiths, where she is also an affiliate artist-researcher and Board Chair of Forensic Architecture. Her publication Material Witness (MIT Press, 2020) is one of the inspirations for this programme. In it, matter, or the nonhuman, serves as witness and testimony to historical events. But moving away from the topics of war crimes and legal analysis, which have been prominent in her research and artistic production, Schuppli’s current work digs into ice as “tape recorders of climatic history”. Her experimental documentary Ice Cores (2019) is the first in a series of documentary films exploring the politics of cold. Approaching a different kind of meltdown, Takashi Makino’s film Generator (2011) was made as a response to the Fukushima nuclear disaster. Its layered images come slowly into focus, as aerial shots connecting vastly different scales – from atoms, to cells, to cities – create the sensation of an interconnected living Earth. A special treat in this deeply woven thread is the film’s soundtrack, composed by Jim O’Rourke. In his films, Makino actively collaborates with musicians such as Ryuichi Sakamoto, Lawrence English and Machinefabriek. Generator is one of his most prized films and was awarded the Tiger Shorts Award at IFFR in 2012. Matter radiates throughout Andreas Kühne’s Transients I/O, a digital/vinyl release created in the context of a collaborative research project with the curatorial group Fridaymilk. Premiering in octophonic surround sound, the piece was composed from field improvisations with objects in the largest town above the Arctic Circle: Murmansk. Nuclear submarines, pipes, barrels and other pieces of infrastructure tell their stories about this curious place and its inhabitants. Kühne’s performance is both a celebration of his debut solo release and a tribute to daily life, local identities and imaginaries in Murmansk. Composer, live musician and DJ Yantan Ministry are known for their eclectic interests and mercurial transitions, with dancefloor experiments made to rattle emotional bodies and conjure mythical spaces. Tobias Lee aka Why Be, a member of HVAD’s collective/label Syg Nok and 2015 Janus resident, has established himself as a formidable emergent voice coming from the fringes of experimental dance music. Both performing as DJs to close the evening, they promise to melt our (hard) cores and send us dancing into the night air.
YEAR0001 · YEAR0001 SOUNDS: Yantan Ministry - Motley Curio
WHY BE · Genome 6.66 / BAIHUI mix
NIGHT AIR Night Air is a series of events that aims to make pollution visible by bringing forth the various side-effects of modernity: from colonial exploitation of people and resources to perpetual inequalities brought about by the destruction of the environment and common land – in other words, destructive capitalist practices that shape both our environment and human-nonhuman relations. **Night air is a myth with its origins in miasma theory (from the Greek for ‘pollution’). The theory held that smelly air from decaying organic matter caused illness. The smell would intensify and worsen by night, so night air became synonymous with poisonous and noxious vapours that could even cause pandemics such as cholera or plague. Only with developments in medicine and various scientific endeavours around the London cholera epidemic in the mid-1800s, did germs replace the ‘unhealthy fog’ as the culprit for diseases. And now, even though the idea has been abandoned, night air still echoes in words such as malaria (‘bad air’ in Italian), which actually connects air-borne poison with flying pests such as the disease-carrying mosquitoes.
This site uses cookies.