Supercuts: Sabotage by Montage - A Workshop with Sam Lavigne

Emerging in the early 2000s, "The Supercut" is a genre of video editing made out of a montage of short clips with a common theme. The catch-all term, initially coined by writer and net-culture commentator Andy Baio, describes the fast-moving, detail-obsessed videos that isolate a recurring pop-culture trope, iconic idiom or idiosyncrasy. While often humouristic, pointing out ridiculous, overused phrases, the videos are also adept at cultural and even political commentary. Examples from the height of the genre's popularity veer from a series of Arnold Schwarzenegger's screams to Bill Gates saying “uh” a lot, to an experimental clip in which all of the words were removed from George W. Bush’s 2008 State of the Union address. 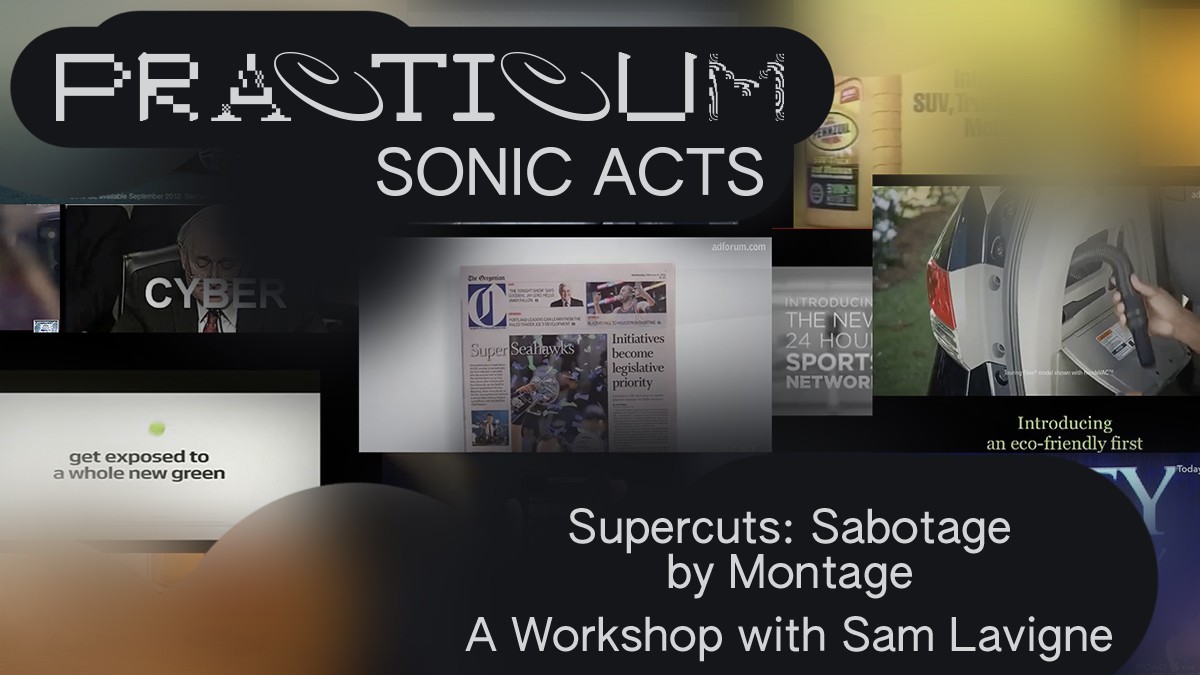 Led by artist Sam Lavigne, attendees will use Python in conjunction with basic command line tools to explore the possibilities of manipulating video with code. The workshop will treat video as a textual as well as a visual medium, and focus on repurposing found footage to generate new compositions and narratives. Together, participants will interrogate the YouTube channels of corporate polluters like Shell oil and gas to create their own supercut videos. In this way, the supercut becomes a subversive tool, drawing critical attention to how large scale polluters justify, excuse and obscure environmental harm.

Date: Thursday 9 June 2022 Location: Online Time: 16:00 - 19:00 CET Cost: €5 – Full Price €3 – Students Sign up via Homerun by 25 May to join the workshop and receive ticket options by e-mail. [Sign up now closed] This workshop forms part of a new series of events, Sonic Acts Practicum, focused on informal education and sharing knowledge between artists and researchers.

Sam Lavigne is an artist and educator who plugs into the interlocking interfaces of data, surveillance and policing, as well as natural language processing and automation. From publishing a database of U.S. Immigration and Customs Enforcement (ICE) employees in response to the Trump administration's family separation policy, to “White Collar Crime Zones,” a re-appropriation of a predictive policing algorithm, his work harnesses digital tools such as apps and information mining. These online interventions reveal the often opaque political and economic conditions molding computational technologies. He has exhibited at the Whitney Museum, Lincoln Center, New Museum, Ars Electronica and IDFA Doclab, amongst others, and his work has been covered by such platforms as The New Yorker, The Guardian, Motherboard, Wired, The Atlantic and The Ellen Degeneres Show.
This site uses cookies.