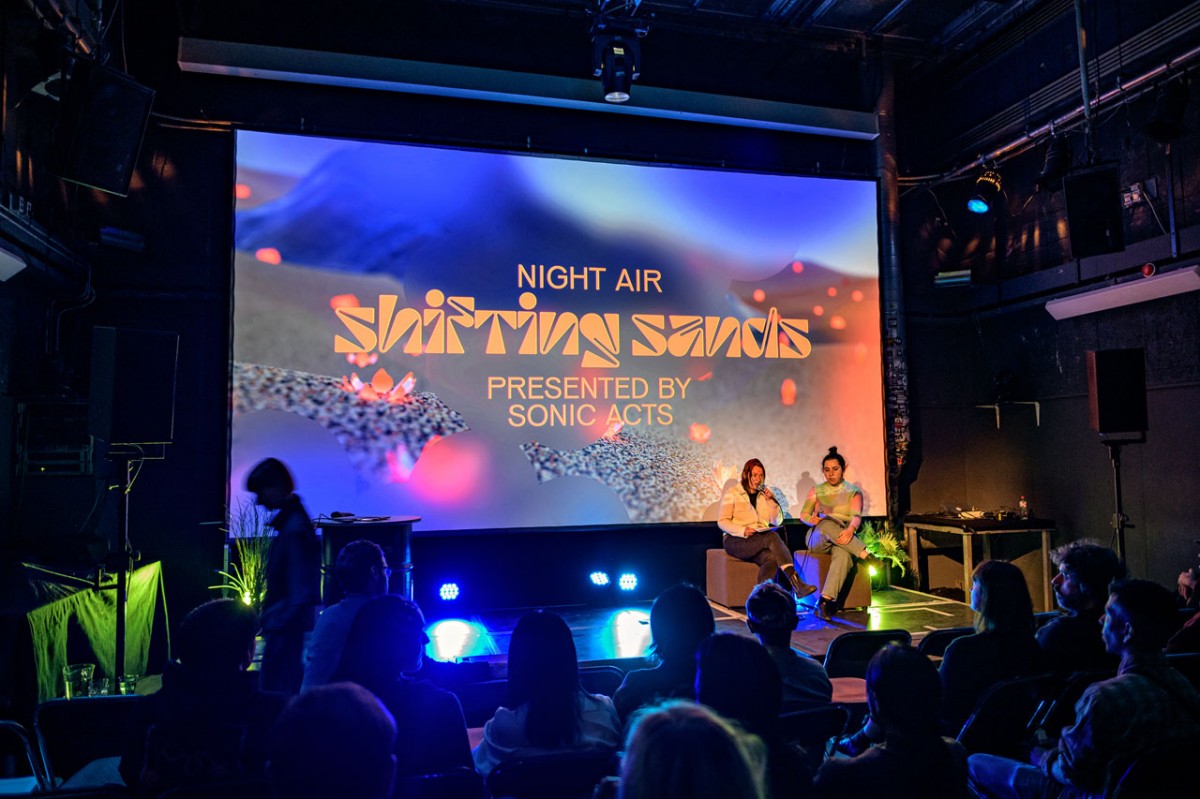 Looking back at Melting Cores If you missed (parts of) the Sonic Acts Academy conference or would like to refresh your memory, keep an eye on the Sonic Acts Vimeo channel. We will be publishing recordings of lectures, performances and interviews in the upcoming months. Videos will be published in thematically linked albums, offering in-depth exploration of the subjects covered during the Academy. The first of these albums is titled 'Plastic Futures'. On Sunday, 28 February, Sonic Acts Academy welcomed its visitors to the ‘Plastic Futures Block’. Plastic has become the anthropogenic substrate not only for a whole new ecology of viruses and bacteria, termed the plastisphere, but also for a new aesthetic regime, the capitalist economy, and for unfathomable changes to the geological conditions of the Earth. Theorist Heather Davis started the block stating that while the forecasts are certainly horrific, we should not avoid thinking about these toxic and infertile futures, but instead embrace the nonfilial progeny that plastic, and the plastisphere, might produce. Davis also elaborated on what queer theory, disability studies, and theoretical approaches to the notion of toxicity might teach us.

Heather Davis: The Queer Futurity of Plastic from Sonic Acts on Vimeo.

Also included in the album is an impression of the opening performance of the ‘Sonic Acts at Paradiso’ club night by Katrina Burch (as Yoneda Lemma) together with Anna Mikkola.

Subsequently, #Additivism, which is shorthand for a larger research project by artists Morehshin Allahyari and Daniel Rourke, considered how 3D printing can become a tool for social change. They stated that: ‘#Additivism is a vision of horror – a future in which we fill our lives with ever more useless trinkets of 3D printed plastic’, but also proposed that via Accelerationist and Xenofeminist movements, there still is a potential for radical intervention in contemporary technocapitalism.

#Additivism: An Encounter with The Fluid Outside from Sonic Acts on Vimeo.

Katrina Burch closed the block with her presentation on Dust Synthesis. Her talk connected the techno-sapiens’ living body to sound and proposed that sound has a physicality that can be shaped by a listener. By embracing the plasticity of sound, she suggests that a listener can create fictions and conceptions of reality in the same way an archaeologist builds narratives from features and artefacts in his landscape.

The block closed with a 30-minute-long, Q&A session lead by Heather Davis.

Q&A with Heather Davis, #Additivism and Katrina Burch from Sonic Acts on Vimeo.

The 3.5-hour-long Plastic Futures Block presented visions already embedded within our current techno-capitalist society. Subjects such as queer futurities, fluid outsides, and xenoplot carriers shaped the excursion through the speculative, yet impending reality awaiting humanity, speckled with visions of horror and potential.   Watch all the lectures and the Q&A in this Vimeo Album Related writings Hannah Klaubert, a participant of the Critical Writing Workshop, which ran in tandem with the Academy, reflects on Davis’ talk on the Critical Writing Blog. During Sonic Acts Academy, Nastassja Simensky interviewed Morehshin Allahyari about her Material Speculation project. Read her text ‘Decolonialising The Archive’ here. Nastassja Simensky posted: Between the Empirical and the Poetic: Katrina Burch on the Critical Writing Blog. Read the article here.
This site uses cookies.