We regret to announce that due to the unfortunate cancellation of parts of the programme, this online edition of Progress Bar will not be going ahead. We were looking forward to virtually reconvening for the Season 4 finale, after its interruption caused by the current global health crisis. However, we recognise that there is another, long-standing crisis at hand and there are rightly greater priorities at stake for many of our artists, speakers and community. In the meantime, we will continue to work on ways that we can use – and improve – our own platform to provide and promote equity, safety and inclusivity. Sonic Acts presents the Season 4 finale of Progress Bar on 19 June 2020, 20:00–01:00 (CET), as a live-streamed online event, with talks, interviews, an all-night cinema, audiovisual performances and DJ sets, simultaneously broadcast both locally and from the remote havens of artists internationally. Progress Bar is a monthly club night dedicated to communal desire and collective joy. Its fourth season in Amsterdam began in November last year, before its interruption as a result of the outbreak of COVID-19. Despite this, the season finale will be going ahead as scheduled, albeit in the form of an online simulcast, taking place in a 3D gaming environment and accessible via the ease of your web browser at progressbar.club. While entry is free, we are donating to a number of local social justice initiatives, to which further donations will be encouraged throughout the event. Save the date and add progressbar.club to your bookmarks! Talks: Alfrida Martis (in conversation with Sekai Makoni) Rachel Rumai Diaz (inc. Q&A moderated by Emma van Meijeren) Robin Ramos (inc. Q&A moderated by Emma van Meijeren) Film: Audre Lorde – The Berlin Years 1984 to 1992 (introduced by Sekai Makoni) dir. Dagmar Schultz Performances, installations & DJ sets: Flufflord & bod [包家巷] LazerGazer Loraine James (followed by Q&A) Soft Break TCF (followed by Q&A) 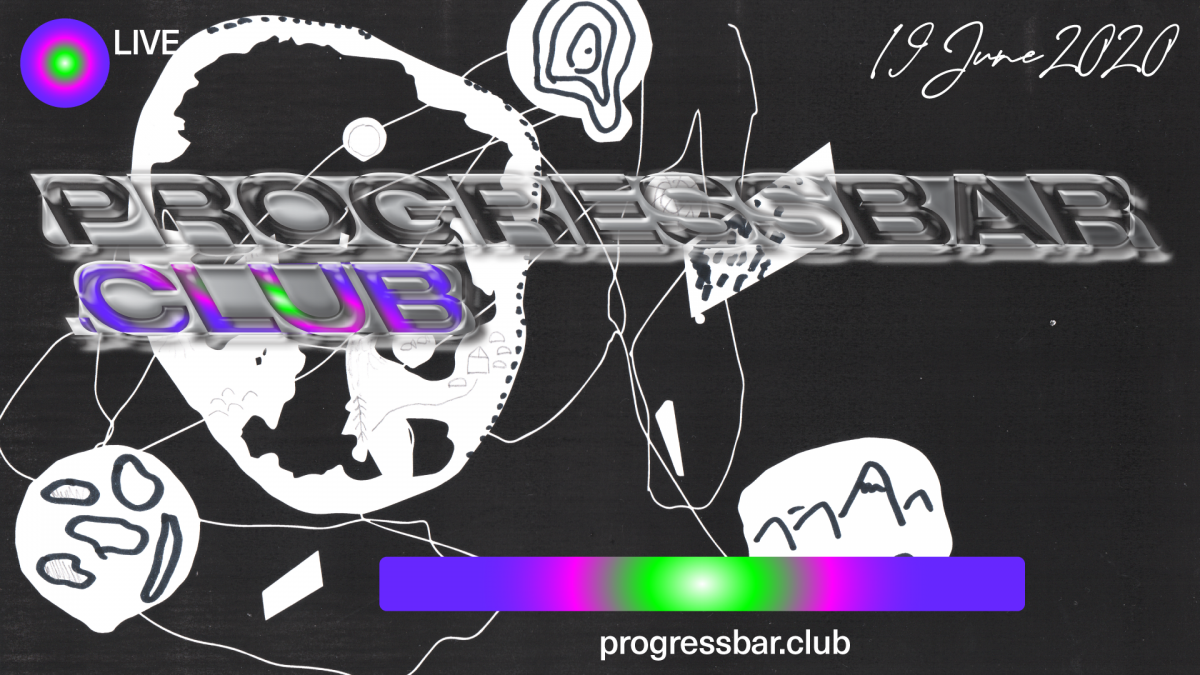 The evening starts with a series of films and a talkshow, where guests discuss their work in art, music and social action, and the material conditions that shape it. Guests include Afro-Bonairian writer, public speaker and community organiser Alfrida Martis. By day Martis is a researcher/educator in the Chief Diversity Officer Team at the University of Amsterdam, while outside of academia she works as an independent advisor in the cultural and arts scene specialising in intersectionality and decolonisation. Together with her partner Daudi Cijntje, she founded and co-organises Caribbean Ancestry Club, a platform that unites and amplifies the voices of ABCSSS islanders. Rachel Rumai Diaz is a writer, poet, performance artist, teacher and artivist, who intertwines languages to create poetry that triggers imagination, emotions and understanding. As a storyteller, her goal is to build a dynamic bridge between art and activism, touching on subjects including intersectional feminism, identity and intergenerational trauma. She is also co-founder of La Raza, a collective founded by Latinx female creatives in the Netherlands. Robin Ramos is an interdisciplinary artist known for their films Wederzijde and Zo Zwart Als Ik. They are a prominent figure in Dutch intersectional activism, alongside writing and producing music, and running a clothing line. The documentary Audre Lorde – The Berlin Years 1984 to 1992 contains previously unreleased audiovisual material from director Dagmar Schultz's archives including stunning images of Audre Lorde offstage. With testimony from Lorde's colleagues and friends, the film documents Lorde's lasting legacy in Germany and the impact of her work and personality. Audre Lorde, the highly influential, award-winning African-American lesbian poet went to live in West-Berlin in the 1980s and early '90s. She was the mentor and catalyst who helped ignite the Afro-German movement while she challenged white women to acknowledge and constructively use their privileges. With her active support, a whole generation of writers and poets for the first time gave voice to their unique experience as people of colour in Germany. Later in the evening, the programme shifts gears into a virtual rave where, even though we can't get together and party in person, we can reconvene, catch up, and draw up online networks of communality. Live performances and DJ sets will be broadcast exclusively during the event, with artists including North London native Loraine James – an electronic producer who effortlessly blends electronica and IDM with whispers of jazz and ambient music, with recent releases on labels such as Hyperdub – and Norwegian contemporary artist and musician TCF, who explores themes of code, cryptography and musical composition through the use of visual, sonic, built and written concepts. Before DJ sets by Amsterdam's LazerGazer and Rotterdam-based Soft Break. A virtual installation by Berlin-based artists Flufflord & bod [包家巷] will also be accessible throughout the evening.