Introducing the next OVEREXPOSED home-based residents

Sonic Acts is proud to announce three artists and researchers for a new round of OVEREXPOSED home-based residencies. OVEREXPOSED is the new residency programme from Sonic Acts, investigating pollution and its effects on everything living and nonliving. Following an inspiring first round of residencies earlier this year, we put out another Open Call and were delighted to receive almost 300 applications. After being impressed with the talent and thoughtfulness exhibited by many of the proposals, we are thrilled to have selected three candidates to welcome as our remote artists- and researchers-in-residence. Over the course of November 2021, they will each undertake a period of artistic research with the aim of sharing their unique perspectives on the ecological issues at the core of the OVEREXPOSED programme. The three selected artists and researchers are Emilija Škarnulytė, Lucky Dragons, and pantea. 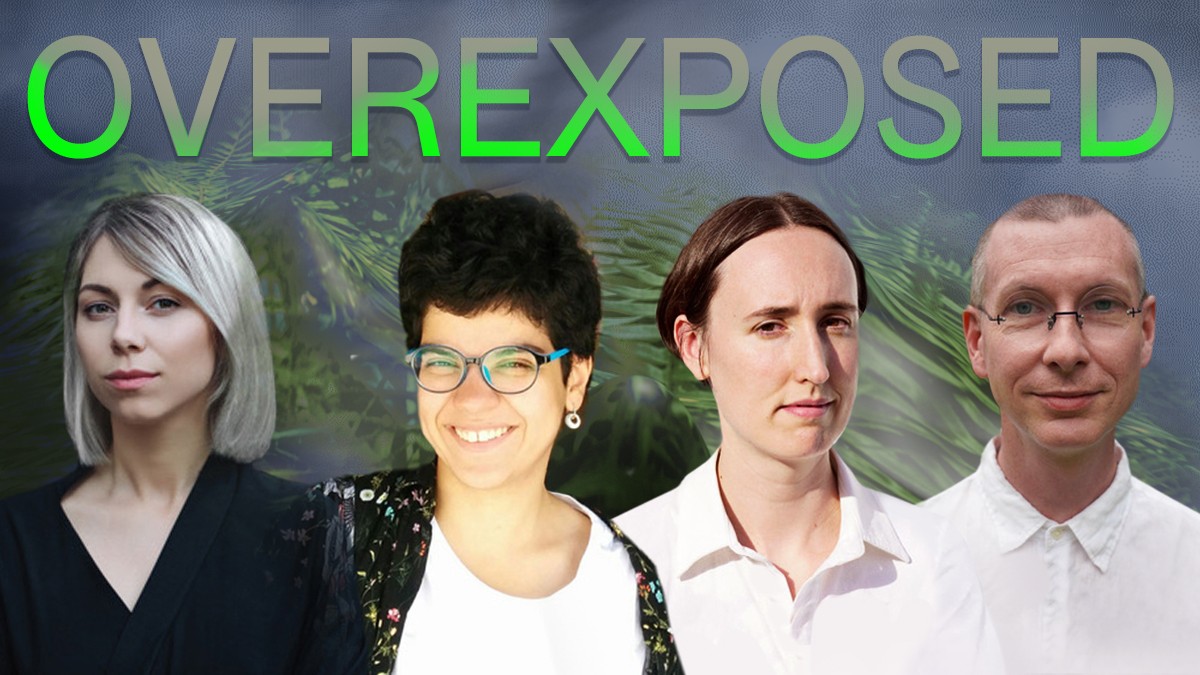 From left to right: Emilija Škarnulytė, pantea, and Lucky Dragons

ABOUT THE RESIDENTS Emilija Škarnulytė is an artist and filmmaker working between documentary and the imaginary. She makes films and immersive installations exploring deep time and invisible structures, from the cosmic and geologic to the ecological and political. Her films can be found in IFA, Kadist Foundation and Centre Pompidou collections and have been screened at the Serpentine Gallery (UK), the Centre Pompidou (France) and at numerous film festivals including in Rotterdam, Busan, and Oberhausen. She received an undergraduate degree from the Brera Academy of Art in Milan and holds a master’s from the Tromsø Academy of Contemporary Art. She is a founder of and currently co-directs Polar Film Lab, a collective for analogue film practice located in Tromsø, Norway and is a member of artist duo New Mineral Collective, recently commissioned by the inaugural Toronto Biennial. → Website Lucky Dragons is an ongoing collaboration between artists Sarah Rara and Luke Fischbeck, researching forms of participation and dissent, purposefully working towards a better understanding of existing ecologies through performances, publications, recordings, and public art. Lucky Dragons have presented collaborative work in a wide variety of contexts, including REDCAT, LACMA, MOCA and The Hammer Museum in Los Angeles, the Centre Georges Pompidou, Walker Art Center in Minneapolis, London’s Institute for Contemporary Art, The Kitchen in New York, the 54th Venice Biennale, Documenta 14, The Whitney Museum of American Art (as part of the 2008 Whitney Biennial) and The Smithsonian’s Hirshhorn Museum and Sculpture Garden, among others. The name “Lucky Dragons” is borrowed from the fishing vessel caught in fallout from American H-bomb tests in the mid-1950’s, an incident which sparked international outcry and gave birth to the worldwide anti-nuclear movement. → Website pantea aka Pantea Armanfar is an artist from Iran working with different media to imagine and share new narratives of ecological connections. She has experience in performance arts, film, photography, and music. More recently, she is focused on developing a socially engaged practice by exploring possibilities brought about by sound and listening. She is passionate about the environment, plants, and wetlands. She has performed and exhibited works in Iran, the Netherlands, Belgium, India, Turkey, and Scotland. pantea’s work on the plant Sundew has been published as creative nonfiction in Plumwood Mountain Journal. → Website ABOUT OVEREXPOSED OVEREXPOSED aims to create awareness about pollution both in local surroundings and on a planetary scale. Using artistic research as an exploration of the connections between aesthetics, historical materiality and politics, the programme intends to stimulate thought and imagination about necessary steps – both locally and globally – and of course, direct action. The outcomes of the research will be presented in a variety of formats, including text publications, visual journals, and performative or discursive presentations. Each resident is financially supported in their work with €2.000 over the course of the one-month residency period. The residents were selected by Sonic Acts curators and team members Mirna Belina, Pim Sem Benjamin, Victoria Douka-Doukopoulou, Gideon Kiers, Margarita Osipian, Yessica Deira, Maud Seuntjens, Lucas van der Velden and Stefan Wharton.
This site uses cookies.