A new season of Progress Bar kicks off on Friday 1 November 2019 at OT301, with talks by Fossil Free Culture NL and Nazar, as well as DJ sets by Nazar, Satin de Compostela, Snufkin, SUUTOO and TAYHANA, and a screening of the film Zombies by Baloji. Progress Bar is a club night dedicated to communal desire and collective joy. After one season in Brighton, and episodes in Vilnius, Kharkiv and Pristina, this is its fourth season in Amsterdam, in collaboration with Sonic Acts. Tickets for the first edition are now on sale. Keep an eye on the Facebook event page for more artist announcements and programme updates.

Fossil Free Culture NL consider it their duty to liberate culture from the influence of catastrophically unethical corporations. They are a collective of artists, activists, academics and other members of the public. Art has the power to confront vested interests and preserve our planet. They channel our sadness and anger into disobedient art to end oil and gas sponsorship of public cultural institutions. Nazar’s musical world centres around the extreme violence, injustice and omnipresence of a repressive state during and after the 27-year Angolan civil war, simultaneously exploring hope, resilience and pride in a country torn apart by conflict. After the civil war ended in 2002 Nazar who was raised in Belgium returned to Angola. It was at this point he began music production, making his own unique take on Angola’s kuduro music. Nazar inverts kuduro, weaving war sounds like guns cocking and airstrike swooshes, lacing cold synths with cascading percussion and swells of noise. His lyrics focus on massacres and violence, chanting and taunts against the dictatorship. Nazar calls this ‘rough kuduro,’ a term he coined through a hashtag on his Soundcloud page. On weaponising the genre Nazar states 'since people can’t really criticise on the streets, they do it on the internet and through their art...I couldn’t express my frustrations with what I was seeing on a daily basis and translate that uglier side, the existing Kuduro was too upbeat.' The Enclave EP reflects upon Nazar’s tumultuous journey, honouring the unnamed dead and piecing together Angola’s violent past in order to make sense of the present. It also represents a mental safe zone that he carries close to him wherever he goes - a reminder that in spite of airstrikes and whatever else may stand in the way, cities can be built anywhere when hope for a better future remains. Satin de Compostela is an Amsterdam-based Polish producer and DJ, whose debut After Touch Velocity was released earlier this year. The artist is known for her eclectic sets, spinning everything from ambient and experimental music through to obscure queer sounds and pop hits. Making his debut at a basement rave a year ago, Snufkin has been working his way up as a DJ in Amsterdam quickly. After a year of performing all over the city, including at Progress Bar during Sonic Acts Festival 2019, he is becoming a force to be reckoned with. He has since refined his sets to the fever-dreamish, emotional rollercoasters they are today, firing walls of sound at the listener for an overwhelming experience. Multi-disciplinary artist and musician SUUTOO creates sounds both harmonious and discordant, sending the listener on a journey through chaos, climax and utter bliss. As a DJ, SUUTOO explores the potentiality of sound: playing with time, repetition, tempo and climatic moments. Argentinian DJ and producer TAYHANA has established herself as one of the most powerful musical forces on the South and Central-American dancefloors. Her explosive energy and vast selection of vigorous club tracks, along with an extensive collection of regional hits, make her a favourite of many DJ’s and club-goers.  In addition to producing and DJ’ing, TAYHANA also co-founded HiedraH Club de Baile, an essential party continuously revolutionising both the sonic and physical atmospheres of the Buenos Aires underground. HiedraH Club de Baile politically and provocatively dares to play with varying rhythms from “ghettos” around the globe all while pushing and preserving the experimental evolution of their local sound. Currently, TAYHANA is developing her new project, Encuentros Furtivos (translated to Stealthy Encounters in English), a platform for collaborating with different Latin friends and artists, via multiple forms such as music, clothing, and audiovisual elements. 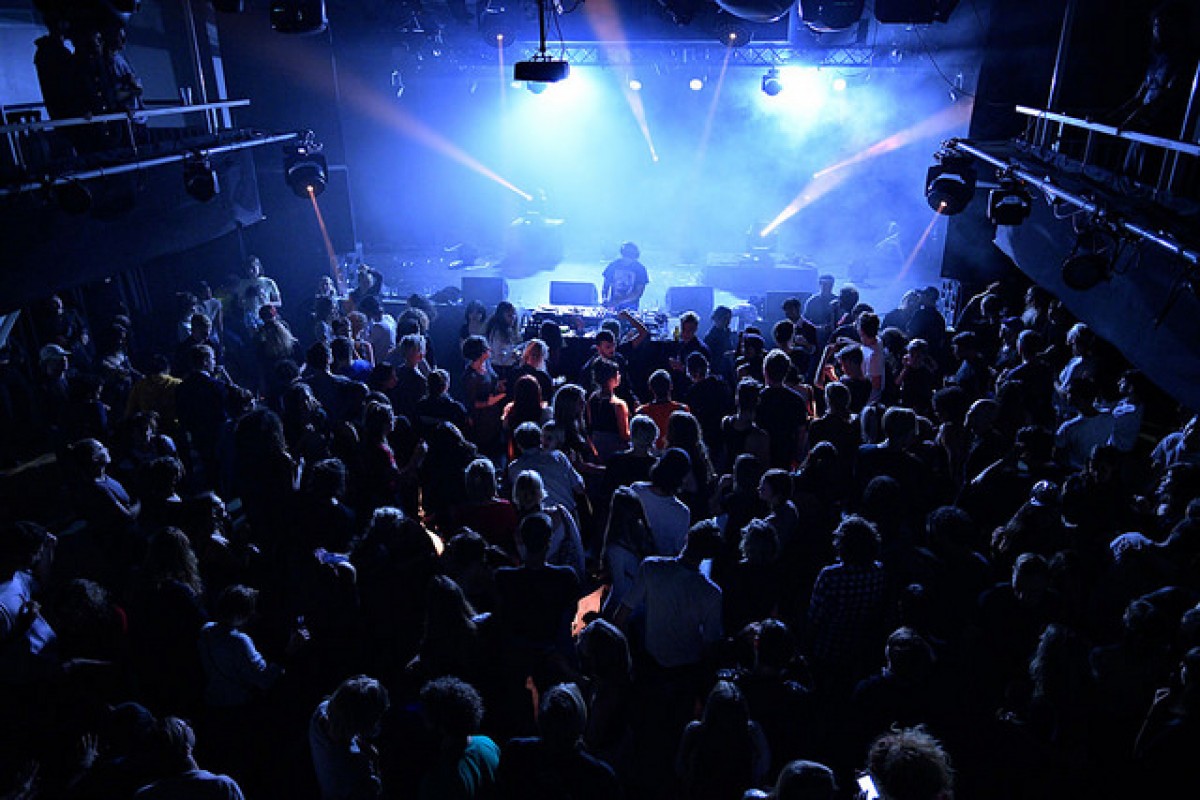 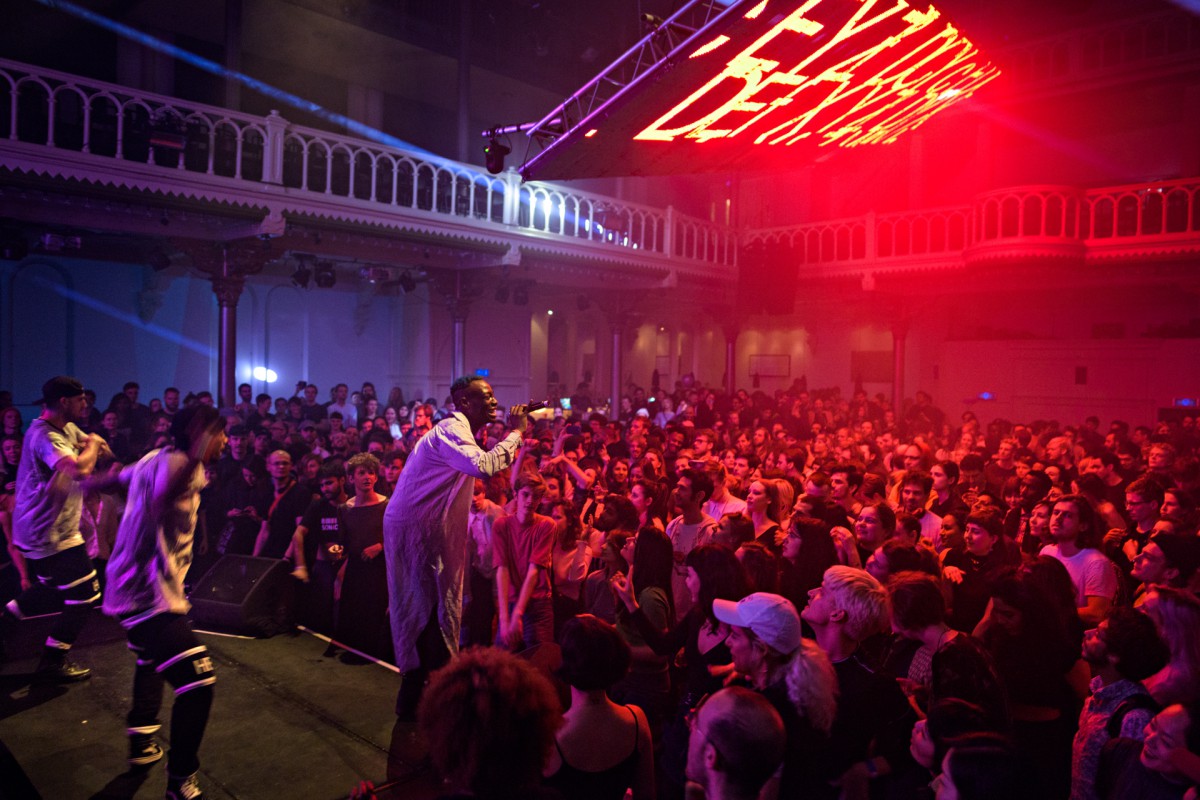 More than 100 artists, academics and activists from all over the planet have featured at Progress Bar, such as Elysia Crampton, Le1f, Bbymutha, Nkisi, Eaves, Klein, Gaika, DJ Nigga Fox, Sam Rolfes, Akwugo Emejulu, Ash Sarkar, Flavia Dzodan, Metahaven, Cakes da Killa, DJ Lycox, Linn da Quebrada, Flohio, James Massiah, Toxe, Evian Christ and many more. Every episode starts with a 90-minute talkshow with guests talking about their work in art, music and social action, and the material conditions that shape it. After the talks we move into the club, and, having spent time listening to the artists talk, dancing to their music will be even more magical. “A borderless melange of different voices, experiences and performances” – Charlie Clemoes, Crack Magazine More artists to be announced soon. Timetable 20:30 Doors open for drinks 21:00–22:30 Talks (lectures, panel discussions & artist talks) 22:30–03:00 Club (DJs & live performances) Progress Bar S04E01 Date: Friday 1 November 2019 Venue: OT301 Times: 21:00–03:00 (doors open 20:30) Tickets: €9 / €6 presale / €3 early entrance* https://bit.ly/2mFrtME *Coming for the talks? A limited amount of €3 Early Entrance tickets (arrive before 21:30) are available, including free entry to the club on top! Attend on Facebook Progress Bar is a co-production of Sonic Acts & Paradiso and part of Re-Imagine Europe, co-funded by the Creative Europe programme of the European Union.
This site uses cookies.