Maryam Monalisa Gharavi is an artist, poet, and theorist whose work deals with the paradoxes of our interactions with matter and immateriality, the seen and unseen, underlying everyday life and its common preconceptions. As one of six artists and researchers particicpating in OVEREXPOSED, a Sonic Acts programme looking to create awareness about pollution, Monalisa delves deep into what she sees as ‘twin’ commodities: oil and data. Thinking carefully about aesthetic and political values means focusing on discourse and tracing the genealogies of what may otherwise be taken for granted. Monalisa’s work involves challenging the assumption that data is an infinite and interactive ressource, and treating it instead through the lense of an extractive logic and economy – just like oil, which depends intensly on human labour and behaviours. For her remote residency, Brooklyn-based Monalisa takes up “exhaust” as a term both signifying depletion and born out of an age of imperialism and mass industrialisation. Monalisa tells us that behind her artistic practice is the idea that “a work of art must betray its maker”. She elaborates further, “you start with your curiosity and enact what you want to do, but that the work needs to exceed your expectations and exist without you.” Along with a variety of written and editorial work, her creation includes ‘live film’, a form she describes as a cross between moving picture and live performance.

Monalisa participated in the Sonic Acts 2017 festival The Noise of Being, where her lecture Face/Less: Human, Inhuman, Abhuman showcased research and collected fragments about the face as a politically (think: surveillance) and aesthetically charged organ. Read more about Maryam Monalisa Gharavi’s work in the first issue of Ecoes magazine, available at the Sonic Acts webshop.
Subscribe to newsletter 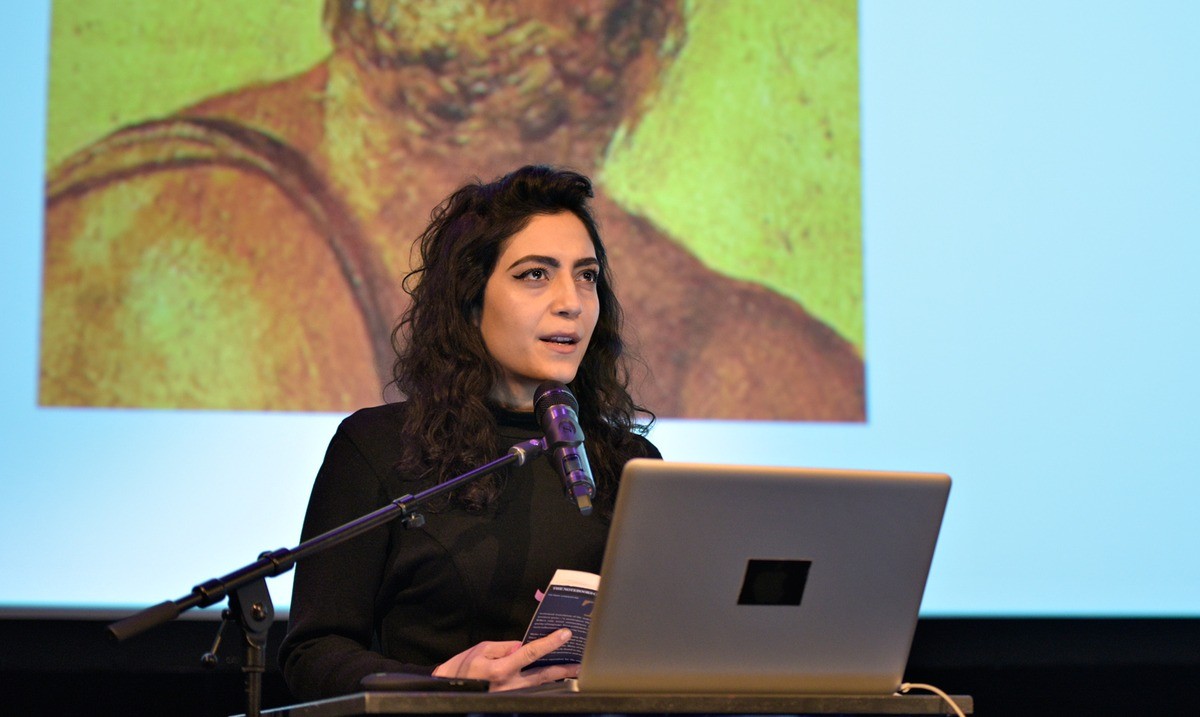