Sonic Acts' internationally acclaimed Vertical Cinema project will be screened as part of the Göteborg Film Festival and Inversia. On 31 January, in collaboration with the Church of Sweden, the Göteborg Film Festival presents Vertical Cinema for the first time in the Nordic region. Nine films from some of the most exciting contemporary filmmakers will be featured on a specially built projector that leans the film at 90 degrees, challenging our deep rooted beliefs about what a cinema and movie image are and may be in the future. On 3 February, Vertical Cinema will be screened at Inversia, an international audiovisual festival over the Polar circle, in Murmansk, Russia. 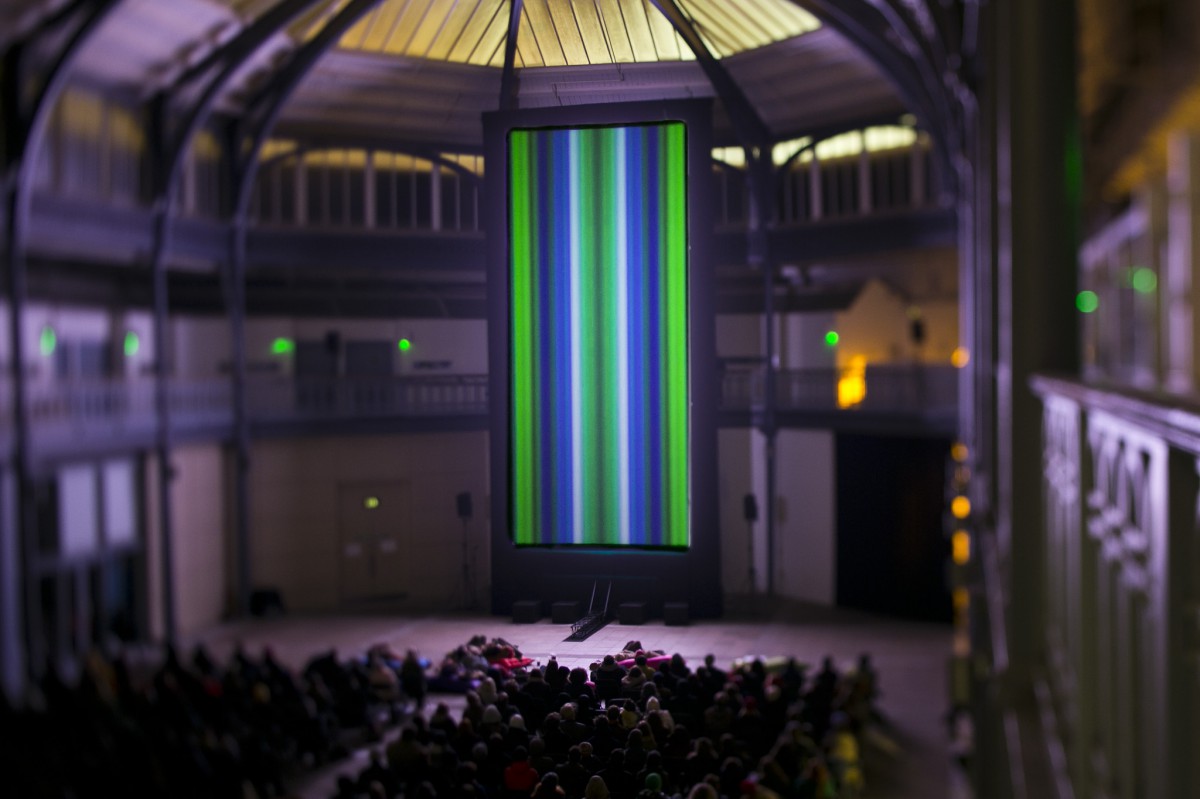 ‘Vertical Cinema questions the basics of how a movie can look. It's a grand visual experience where the films can be seen as a prelude to the future of cinema culture, an avant-garde altar painting or the world's largest and most beautiful instastory’ – Jonas Holmberg, Artistic Director of the Göteborg Film Festival

Vertical Cinema is a series of large-scale, site-specific works by internationally renowned experimental filmmakers and audiovisual artists, which are presented on 35 mm celluloid and projected vertically with a custom-built projector in vertical cinemascope. The 90-minute programme premiered in 2013 and has since been featured at various locations around the globe. Four new films were presented as part of Sonic Acts Festival 2017. Projection development and equipment by Filmtechniek. Visit the Göteborg Film Festival and Inversia websites for more information about their programmes.
This site uses cookies.