We are back home from a successful second Dark Ecology Journey. Over the course of five days, we travelled with a group of more than 50 artists, researchers, curators, writers and organisers to Kirkenes in Northern Norway from where we took a bus to Murmansk in Russia, to Zapolyarny and Nikel, and back to Kirkenes. It was the time of the polar twilight, when the sun does not rise above the horizon. During these long periods of darkness, life slows down and offers room for introspection. Yet, for many of us who had never been this far north before, it was surprisingly bright, and we enjoyed as much as four or five hours of beautiful twilight, as well as a full moon. The core of the Dark Ecology project is about investigating new definitions and imaginings of ecology, the connection between humans, nature and technology, and overcoming the nature–culture divide, all in the context of the ongoing transformations to the planet and the ecological crisis. The Barents region – where Kirkenes, Nikel, Zapolyarny, and Murmansk are located – has already undergone changes due to climate change, which has affected the economic and geopolitical situation. The programme kicked off with an expanded lecture by the American philosopher Graham Harman. It was followed by a short report on the rapidly changing political and economic situation of Kirkenes, touching on the closure of the Norwegian border at Storskog to refugees, the bankruptcy of the mine, and the collapse of trade with Russia. Dutch artist Joris Strijbos installed a new kinetic sound-and-light installation IsoScope, with wind generating the energy to power the revolving lights and the sound, on top of a ‘mountain’ just outside Kirkenes. We visited the work in the early evening. At the same time Norwegian artist Margrethe Pettersen presented the soundwalk Living Land – Below but also Above on the frozen lake, illuminated by small lights and an almost full moon. It was a magical experience. 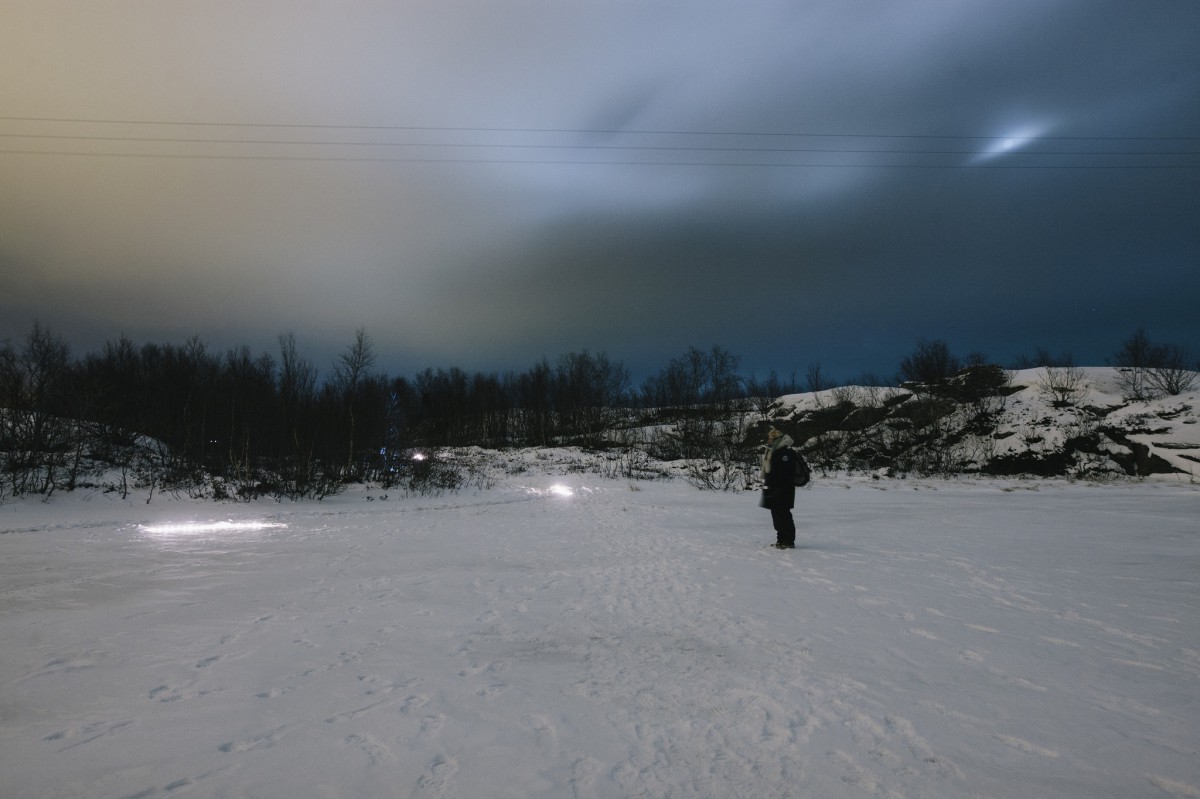 The next day we travelled to Murmansk, which, including the border crossing, took us most of the day. (There were no refugees; the only visible evidence of what had happened there in the past few weeks were two containers filled with bikes). The travel was scheduled perfectly. We drove through the Pasvik valley at twilight as the fading light gradually gave way to darkness on the road to Murmansk. En route, we listened to a selection of podcasts that approached the subject of Dark Ecology from numerous perspectives. In Murmansk the day ended with a public talkshow featuring the artists who had developed new works for Dark Ecology. 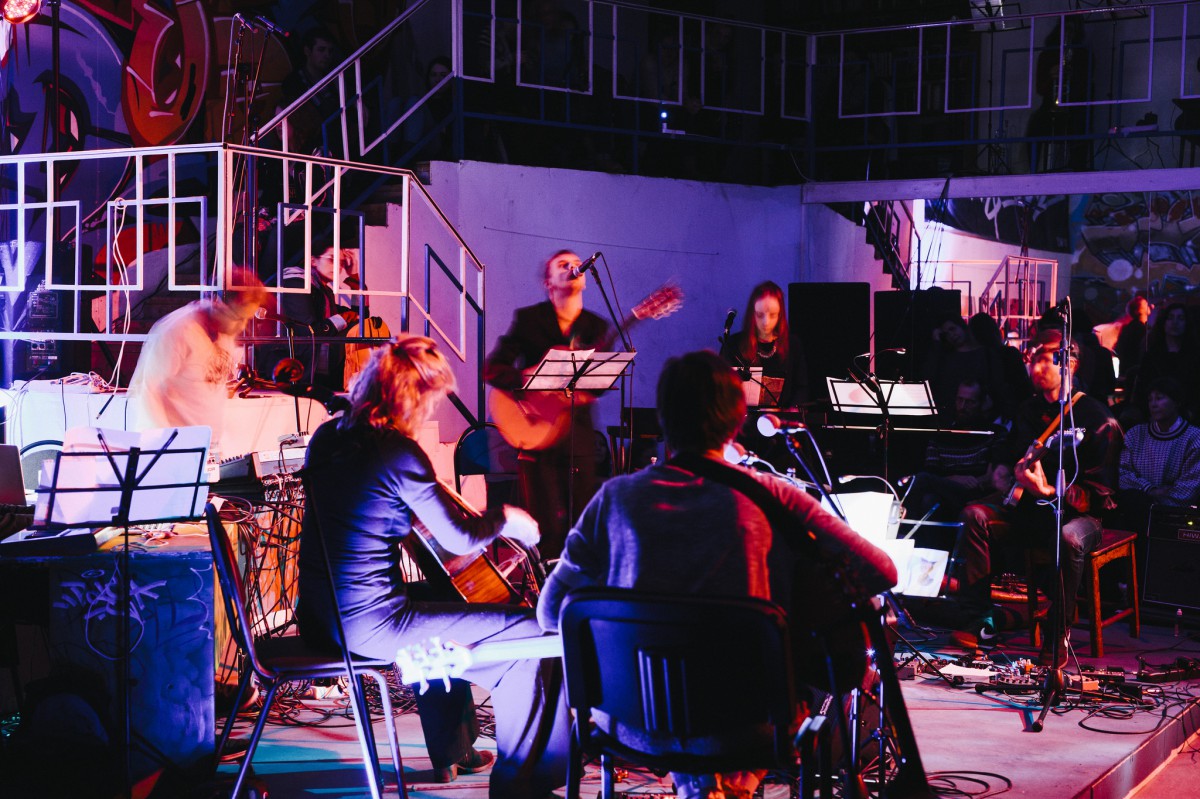 The next morning, artist and researcher Susann Schuppli presented her views on ‘dark matter’ and ‘material witnesses’ during a lecture at the Aurora Kinoteater. Trombonist and composer Hilary Jeffery had already been in Murmansk for two weeks, working on his commission Murmansk Spaceport which was performed by a new formation of LYSN with local musicians from Murmansk and Bødo. They performed the piece twice at the Roxy cultural centre to an audience who reclined on beanbags and cushions while listening to and absorbing the sound of the drones with their bodies. We explored Murmansk in groups the following morning and afternoon, diving into the architecture, the history, development, and culture of this extraordinary harbour city. In the late afternoon we travelled back on the bus, first to Nikel to see HC Gilje’s work Barents (Mare Incognitum) at the local sports stadium, and then to Zapolyarny to see The Crossing, a light installation that used an abandoned concrete structure just outside the town (we still don’t know what it’s function was, or who it belongs to). After a night in Zapolyarny it was back to Nikel for the last commissioned work, an extensive mapping of the architectural development and materials of Nikel by Tatjana Gorbatsjevskaja and Katya Larina, presented in the form of a lecture and a guided walk through part of the town. For those who had never been to Nikel, this was perhaps one of the most impressive parts of the journey, as Nikel and its smelter are simply that: impressive. This industrial behemoth unleashed a discussion about what we do with the world, and how our lives are intimately attached to beautiful things as well as to pollution and dirt. Visit the Flickr Album for a photo's of the journey. Go to the Dark Ecology Facebook page for a day-to-day report. In June we will return for a third and final Dark Ecology Journey.
This site uses cookies.