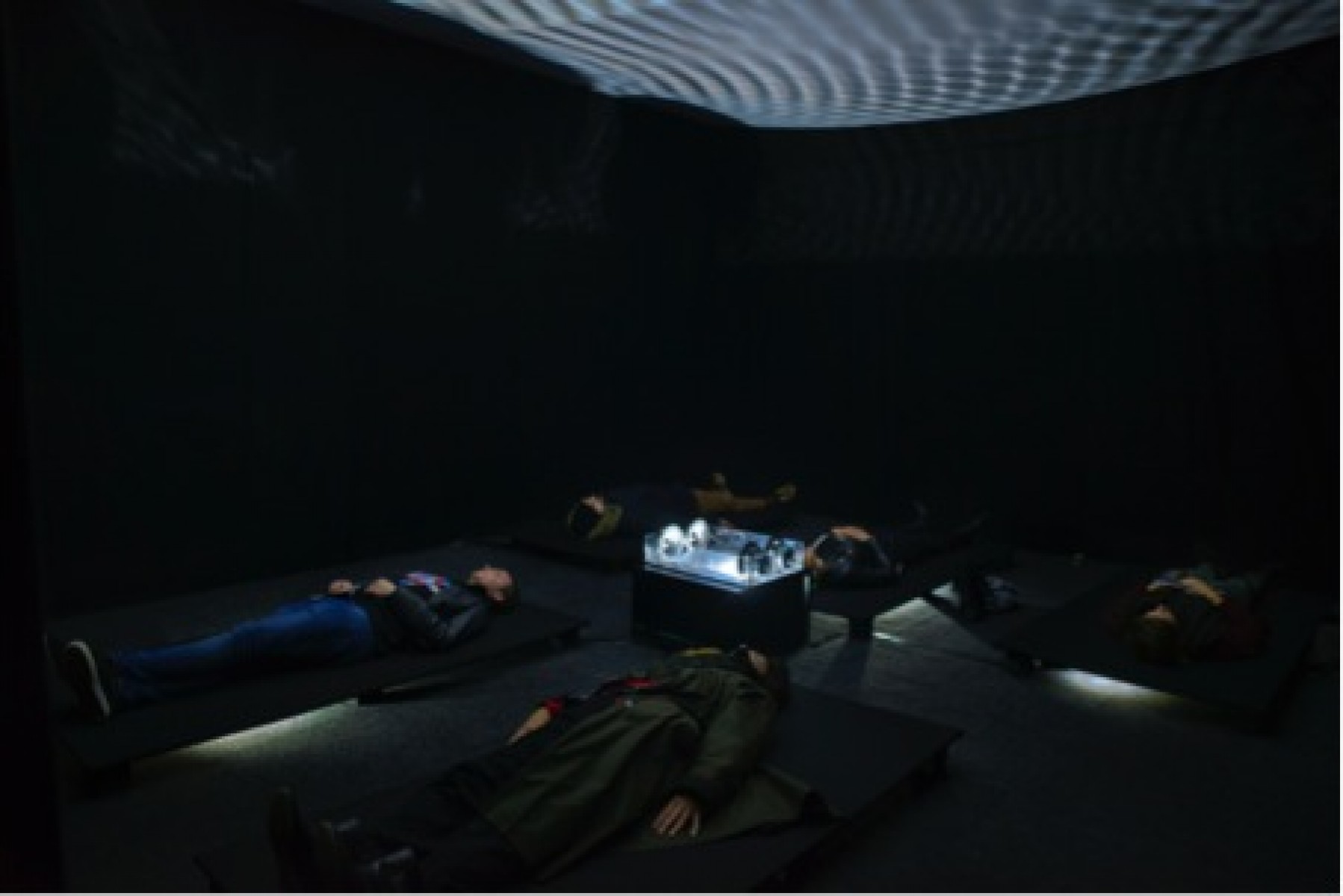 ~~Kulunka~~ was an immersive installation that evoked visual and tactile ways of perceiving vibrations. Low frequencies beyond our range of hearing were transmitted to water in a glass container, creating patterns of waves. The morphing geometries were illuminated by strobing, high-powered LEDs and projected on the surrounding space. Tactile transducers beneath the platform provided for visitors wishing to lie down allowed them to ‘hear’ with their bodies, evoking a peculiar sensation of gravity and – at times – the loss of it. Visitors were submerged in a tactile sonic experience and entered a universe of sound and light in which the boundaries between imagination and reality blurred in an amalgamation of the senses. 13 January - 24 February 2013 Sonic Acts 2013 – The Dark Universe New Art Space Amsterdam (NASA) Amsterdam, the Netherlands 2013.sonicacts.com