Anthea Caddy – Long Throw: An Exploration of an Expanded Energetic System for Cello and Loud Speaker

Long Throw: An Exploration of an Expanded Energetic System for Cello and Loud Speaker is a live performance that expands the physical properties of projected sound energy via amplified cello. The cello signal is projected by a custom-built parabolic speaker – projecting a beam of sound up to 3 km long and 60 cm in circumference. Its unnatural quality is enhanced by the spatially synthetic behaviour of the controlled beam and the cello’s sound projection. The reflection or refraction nascent to the site lends an uncontrollable element to the signal in a project that harnesses energy to create large-scale bodies of spatial sound phenomena. The project has been realised and built in close and ongoing collaboration with media artist and engineer Miodrag Gladović. From February 2019 to January 2020, Gladović built a prototype speaker and tested it in Zagreb with Caddy in both interior and exterior environments. From this first iteration Gladović designed and built two parabolic speakers to the sonic specifications of the artist. 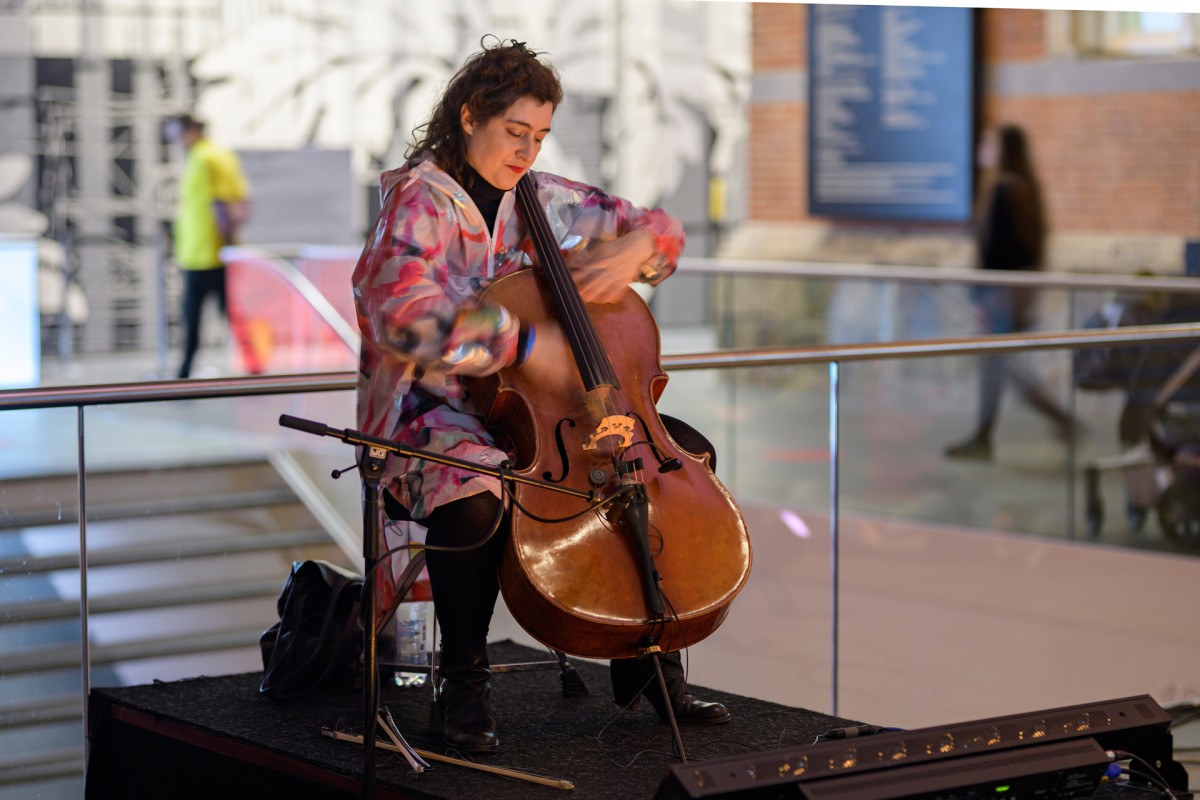