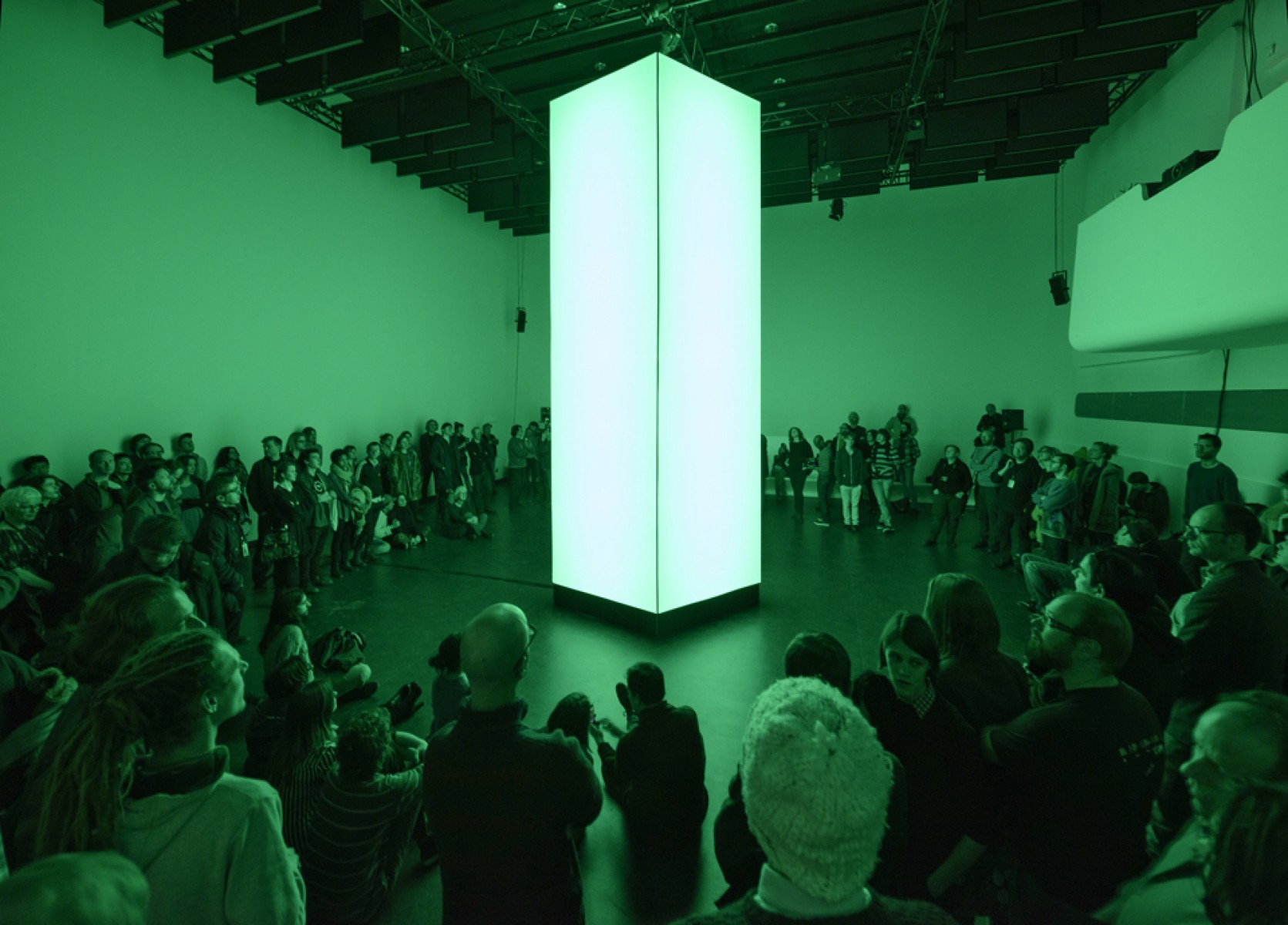 Citadels: Common Structures is a work by Matthijs Munnik, commissioned by Sonic Acts for The Dark Universe Festival (2013). As a window to a virtual world, Citadels: Common Structures visualised an abstract universe composed only of light and sound, exploring the borders of our sensory hardware. While the eye tried to make sense of the sensory overload, a dazzling display of highly detailed patterns and colour combinations was formed in the retina and fed to the brain: the curious phenomena people saw were created by the eye itself, induced by the flickering lights. The effect is impossible to capture on video or in text; it can only be experienced in real life. 21 February 2013 Sonic Acts 2013 – The Dark Universe Stedelijk Museum Amsterdam Amsterdam, the Netherlands 2013.sonicacts.com