Dorian Concept and Zanshin – Half Chance

Half Chance is a new composition by Dorian Concept and Zanshin that was created using the Max Brand synthesizer. This prototype synthesizer was constructed in 1957 by Bob Moog according to the designs of the composer Max Brand. The unique machine differs from other synthesizers not only in its sound but also in its interface: in addition to two keyboards and additional voltage control, there are also two foot pedals. In Half Chance, synth wizard Dorian Concept works on the keys and pedals, while Zanshin uses the sound generation controls. A dialogue between the two musicians emerges, who, in a time of user-friendliness, welcome the imperfections of this instrument and together try to decipher its idiosyncrasies. 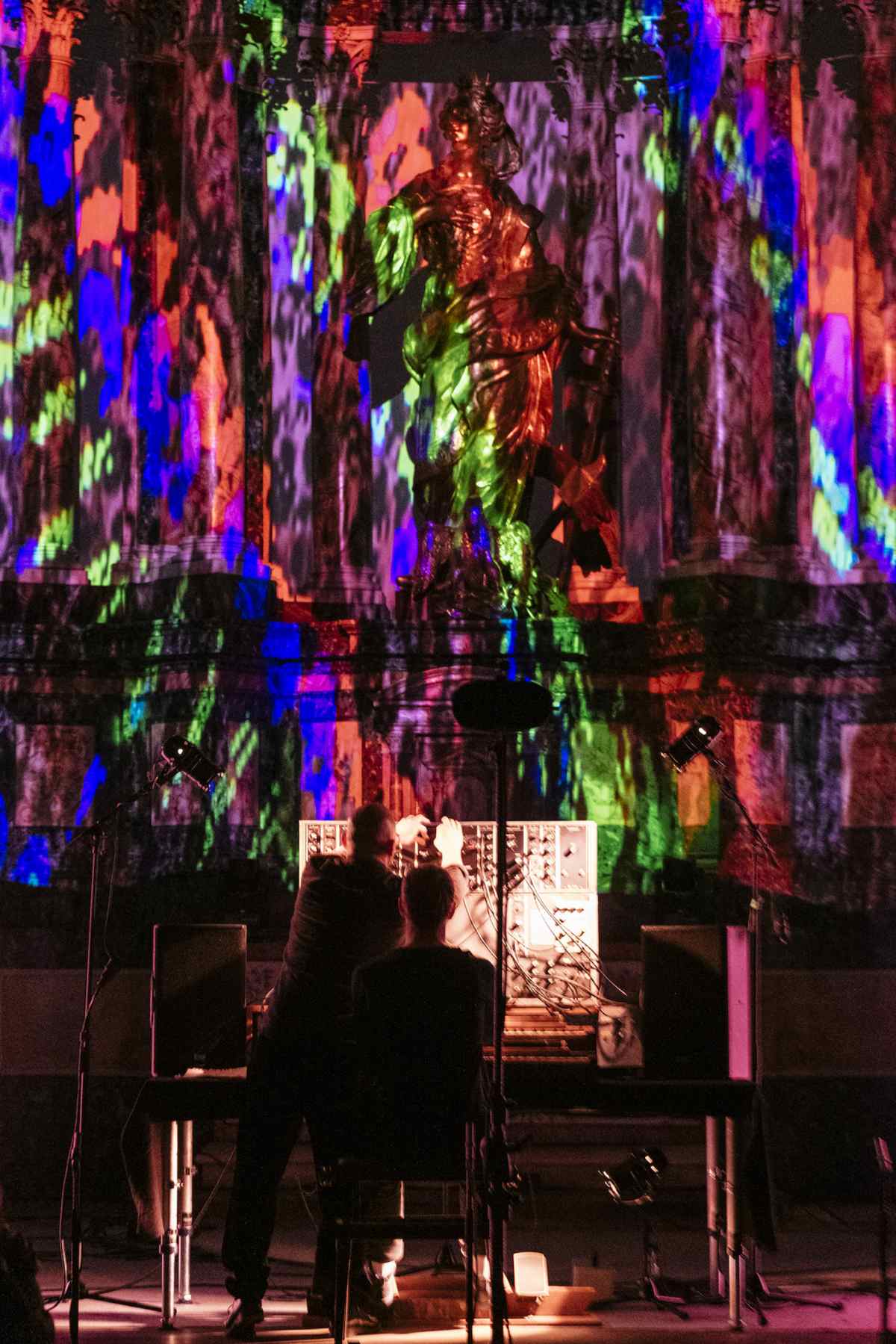 Half Chance is commissioned by Elevate Festival and Sonic Acts as part of Re-Imagine Europe, co-funded by the Creative Europe Programme of the European Union. Dorian Concept is a self-taught Austrian sound producer and plays a variety of instruments such as the keyboard, the electric bass, and the saxophone. He combines his instrumental improvisation with electronic music production. Signed to Affine Records, he is part of Austrian funk band Jacob’s Salty and Bamboozling Ladder. Apart from his digital releases as a solo artist and a band member, he has toured with Flying Lotus, and has performed with the Cinematic Orchestra at the Royal Albert Hall and was featured in the Red Bull Music Academy. www.dorianconcept.com Zanshin is an Austrian electronic music producer, sound artist, musician, and DJ. His musical production is interdisciplinary, his works intersecting various genres from euphoric dancefloor tempos to experimental beat-less sounds. He plays house music with Daniel Kohlmeigner in the band Ogri Debris. Alongside Leonhard Lass, he has also conceived a series of audiovisual installations. Presentations Elevate Festival 5 March 2020 Graz, Austria www.elevate.at
This site uses cookies.