What If We Made A Video Game And It Was Like Dark Souls And All The Characters Were Artists (WIWMAVGAIWLDSAATCWA) is an enclosure of the audiovisual inputs of reality into the space of art that formally unifies performance and exhibition with the practices of organised interpersonal relationships. WIWMAVGAIWLDSAATCWA is shown as a live-action game demonstration and audiovisual performance by @flufflord (Tea Stražičić), @pirate_sheep (Marta Stražičić) and @baojiaxiang (bod [包家巷]) featuring an Intel Realsense depth camera and songs from bod’s 2019 EP, Music for Self Esteem. 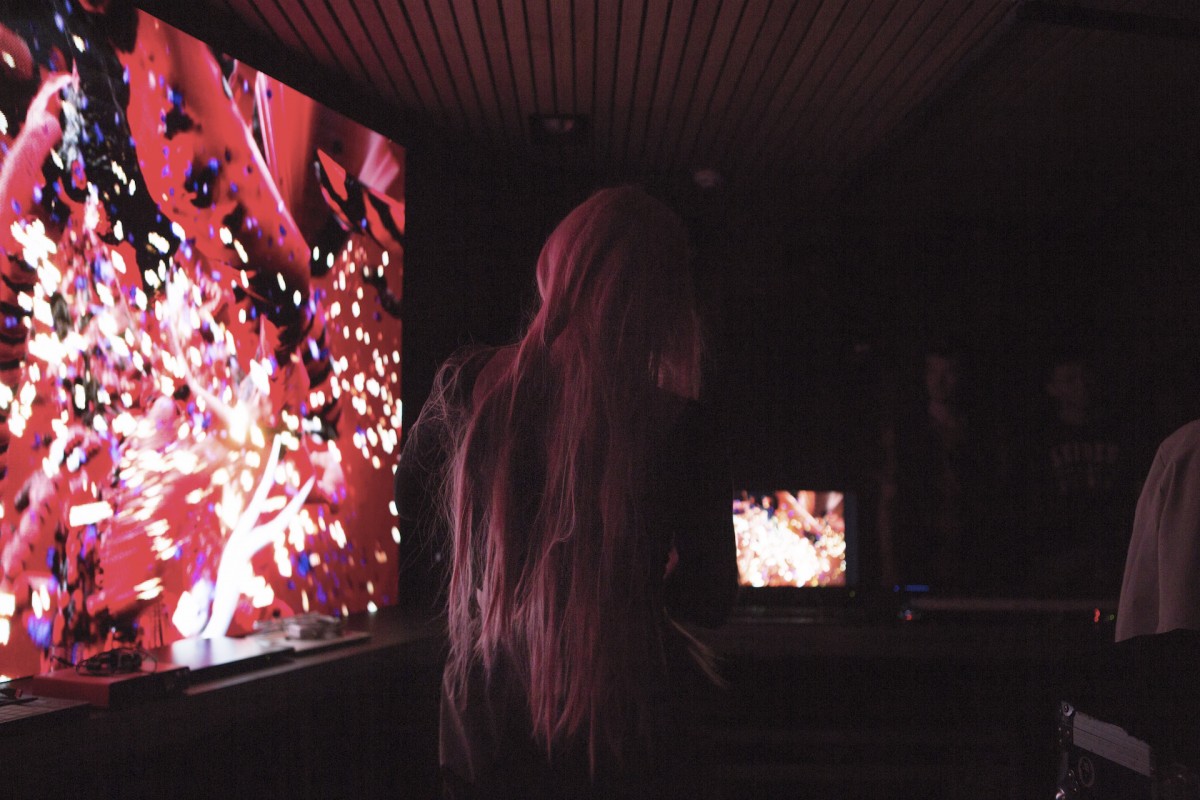 bod [包家巷] + Schwestern Sisters (SwS), What If We Made A Video Game And It Was Like Dark Souls And All The Characters Were Artists (WIWMAVGAIWLDSAATCWA) at Sonic Acts Academy 2020. Photo by George Knegtel.

Commissioned by KONTEJNER and Sonic Acts as part of Re-Imagine Europe, co-funded by the Creative Europe programme of the European Union. Based on work developed in residency at Wysing Arts Centre. bod (包家巷, baojiaxiang, Nick Zhu) is an audiovisual artist from Tucson based in Berlin who has released on Quantum Natives, Knives, Danse Noire and Yegorka. Their releases range from theoretical studies to abstract impressions of technology and its relationship to reality, with performances that move into the ever-dissolving boundary between art and the rest of life. http://www.musicforselfesteem.com Schwestern Sisters (SwS) from Dubrovnik and based in Berlin is a digital media art collective and family business providing visual content for electronic musicians, labels and festivals started by sisters Marta Stražičić and Tea Stražičić. Multimedia artist Marta’s game engine, virtual reality and physics simulation software work has been exhibited at Animafest Zagreb and short streamed on Adult Swim. Tea is a multimedia artist who works with SELAM X. Her art, published in numerous magazines, was recently featured in a solo show at Pollansky Gallery in Prague. https://teastrazicic.com Presentations Sonic Acts Academy 2020 22 February 2020 Paradiso, Amsterdam www.sonicacts.com Extravagant Bodies Festival 28 September 2019 Zagreb, Croatia www.kontejner.org
This site uses cookies.