Untitled plays with two customised bamboos and a small Korean gong, with analogue devices that connect the instruments for further real-time processing. Kang uses the voltage flow between her body, a self-built generator, the bamboo sticks and an extra synth until they become strongly linked together. The gong provides rhythmical ritual flow and takes over the gesture from the bamboos, expanding its rhythmic worlds outwards, until the whole space becomes a part of the resonating body, singing and breathing together with the instruments’ stubborn struggling voices. The work was developed for ‘The Pentacle’ sound system – a powerful high fidelity mobile speaker system developed at STEIM, Amsterdam, by Fedde ten Berge and Jesse Meijer, consisting of 15 self-designed loudspeakers and 3 self-designed subwoofers. Untitled was developed during a residency at STEIM (organised by Sonic Acts) and presented at Stedelijk Museum Amsterdam as part of Sonic Acts Festival 2019. 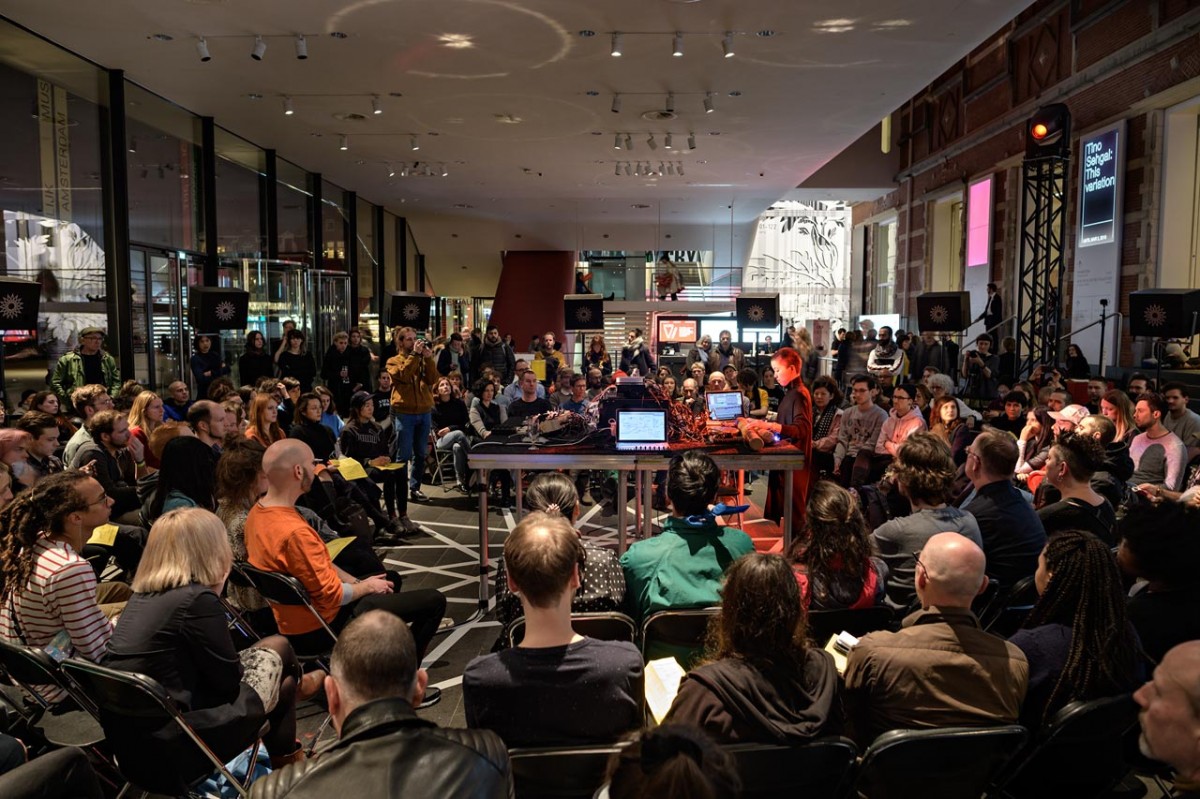 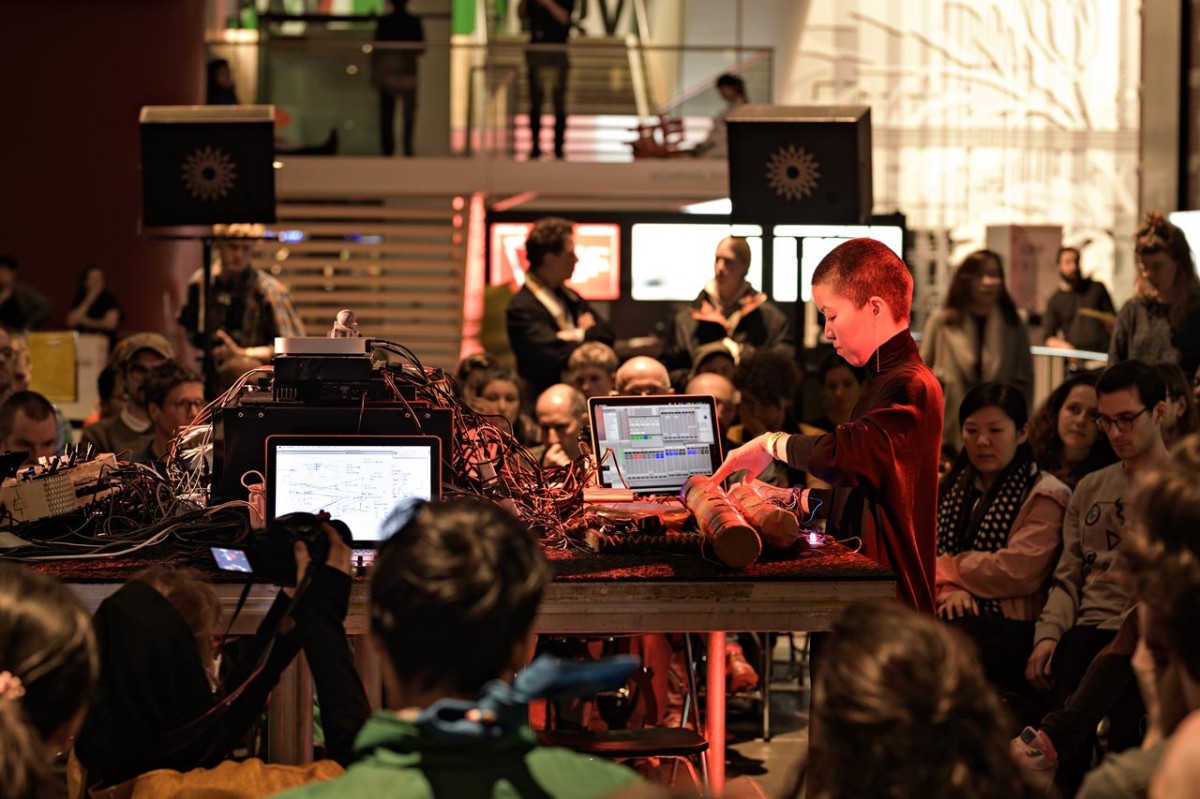 Commissioned by Sonic Acts and A4 as part of Re-Imagine Europe, co-funded by the Creative Europe Programme of the European Union. Ji Youn Kang is a Hague-based composer and sound artist. Most of her musical pieces have been based on the rites of Korean Shamanism, and many of them were written for Wave Field Synthesis System playback (192 loudspeakers), exploring the relationship between musical and physical spaces in relation to the traditional shamanistic performances. At the same time, she has been composing live electronic pieces for both traditional, non-traditional and newly built instruments, exploring mostly the primitive, empowering rhythmical elements and the noisy sound sources that the Korean ritual music involves. She is working as a freelance composer and one of the staff members of the Institute of Sonology at the Royal Conservatoire in The Hague. www.jiyounkang.com Presentations Sonic Acts Festival 2019 22 February 2019 Stedelijk Museum Amsterdam www.sonicacts.com NEXT Festival 28 November 2018 Bratislava, Slovakia www.nextfestival.sk
This site uses cookies.