The Noise of Being Exhibition Opening from Sonic Acts on Vimeo.

The listener experiences the bloom of plankton, the shifting and crackling sea ice in the Barents Sea around Spitsbergen, towards the North Pole, and the underwater sounds made by bearded seals, migrating species such as humpbacks and orcas, and the sound by hunting seithe and spawning cod. All depending on the spring bloom. The marginal ice zone is the dynamic border between the open sea and the sea ice, which is ecologically extremely vulnerable. The phytoplankton present in the sea produces half of the oxygen on the planet. During spring, this zone is the most important CO2 sink in our biosphere. In Spring Bloom in the Marginal Ice Zone the sounds of the living creatures become a voice in the current political debate concerning the official definition of the location of the ice edge. Spring Bloom in the Marginal Ice Zone is Winderen’s latest instalment in a series of works that reveal the sounds of underwater life, from the warm waters in the Caribbean to the cold and nourishing waters around Greenland, Norway and Iceland. 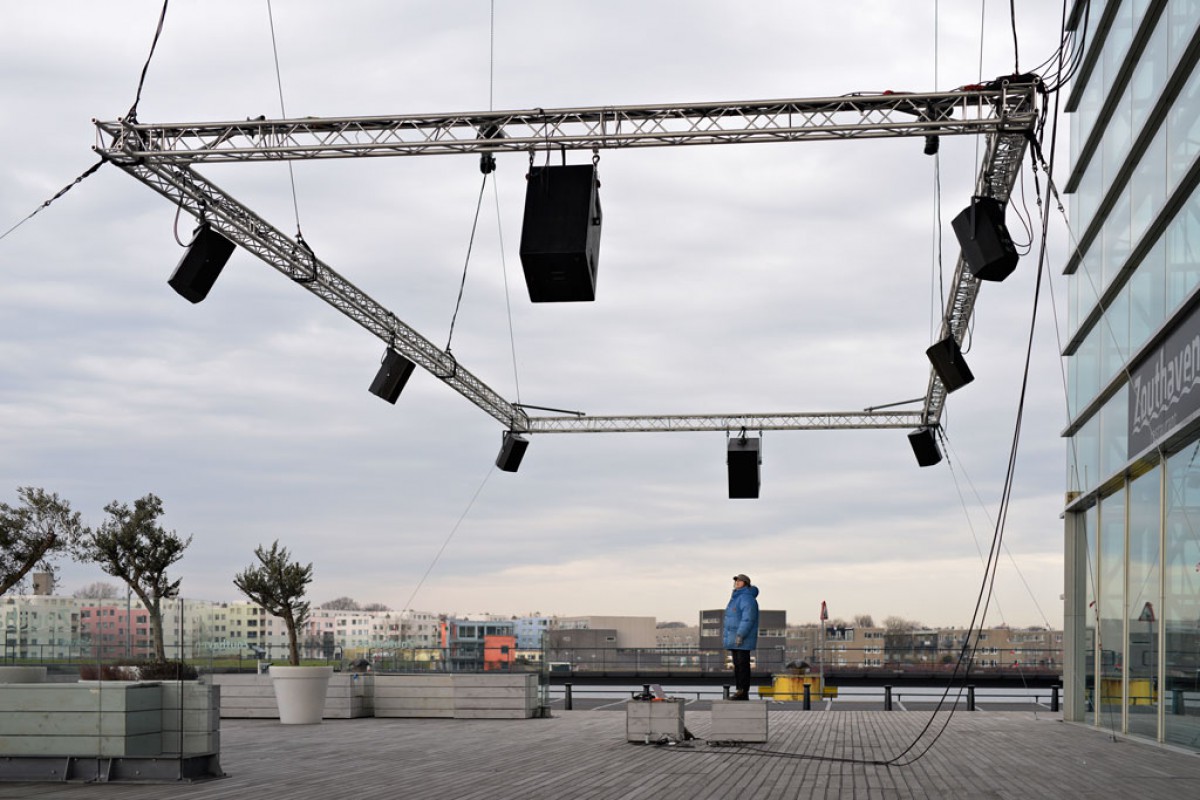 Commissioned by Sonic Acts and Hilde Methi for Dark Ecology. Supported by Art & Technology — Arts Council Norway, Fond for lyd og bilde, Tono stipendet, ARCEx R/V Helmer Hanssen, University in Tromsø & Foundation Mamont. Thanks to Paul Wassmann, Carlos Duarte, Britt Kvamvig, Berit Kristoffersen, Northsailing, Tromsø Friluft senter, TBA21 Academy. Jana Winderen (NO) is an artist educated in Fine Art at Goldsmiths College in London, and with a background in mathematics, chemistry and fish ecology from the University in Oslo. She had an installation in Park Avenue Tunnel, New York City in the summer of 2014 and exhibited at MoMA, NYC in 2013. Winderen was recently an artist-in-residence at the TBA21 Academy and releases her audio-visual works on Touch. In 2011 she won the Golden Nica, Ars Electronica, for Digital Music & Sound Art. Amongst her activities are immersive multi-channel installations and concerts that she has performed all over the world. She currently lives and works in Oslo. www.janawinderen.com Premiere Sonic Acts Festival 1 February 2017 Muziekgebouw aan 't IJ, Amsterdam, NL www.sonicacts.com
This site uses cookies.