During the winter of 2015 Karl Lemieux travelled to China with BJ Nilsen and a small camera crew to make a piece about the country's infamous ghost cities. The work presented is made with images shot in the city of Yujiapu, near Tianjin where ancestral fishing villages have been destroyed to make way for a multibillion-dollar real estate project that was to become the new financial district of the area. The entire city was developed but never finished and has been left uninhabited for over six years. The film uses the lines and frames of the buildings of Yujiapu and the lines and the frames of the film strip to create abstract elements that slowly reveal an incredible desolate urban landscape. 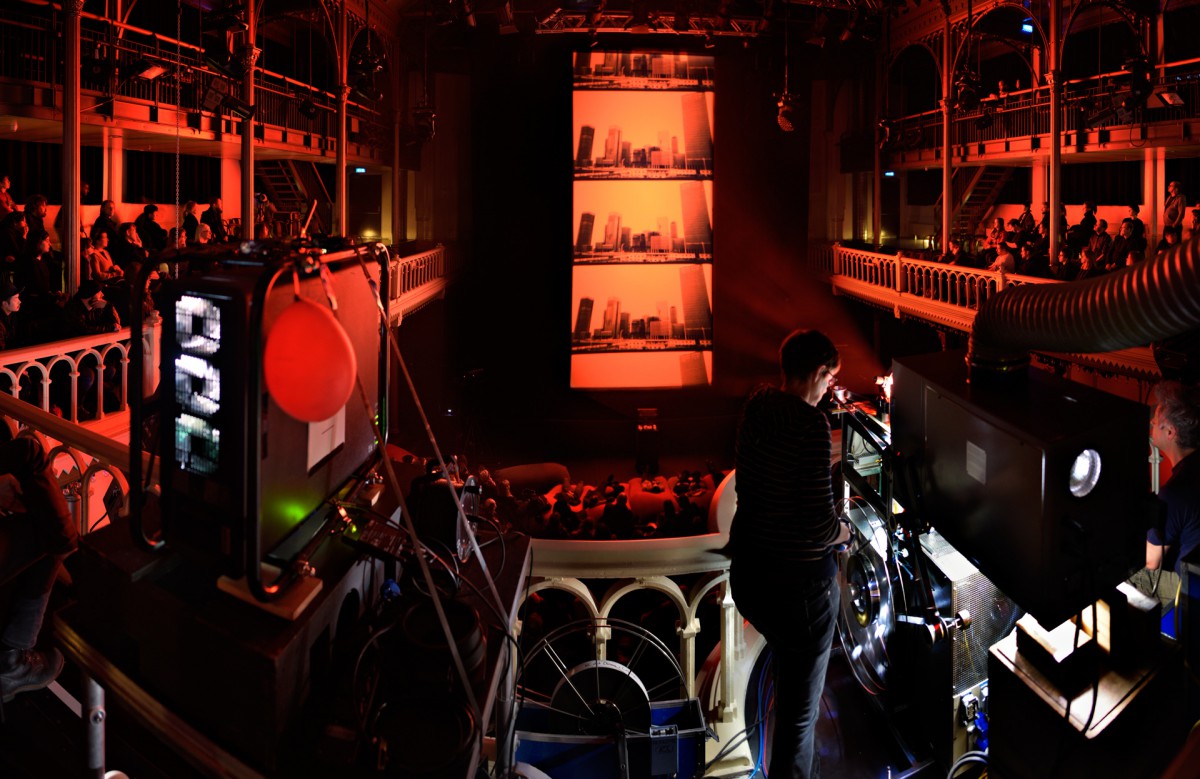 Commissioned by Sonic Acts and Hilde Methi for Dark Ecology, as part of Vertical Cinema. BJ Nilsen (SE) is a composer and sound artist based in Amsterdam. His work primarily focuses on the sounds of nature and how they affect humans. Recent work has explored the urban acoustic realm and industrial geography in the Arctic region of Norway and Russia. His original scores and soundtracks have featured in theatre, dance performances and film, in collaborations with Chris Watson, Gaspar Noé, Jóhann Jóhannsson and others. www.bjnilsen.com Karl Lemieux’s (CA) films, installations, and performances have screened internationally in museums, galleries, music venues and film festivals. He is more commonly known as the ninth member of Godspeed You! Black Emperor, a Montreal music collective for which he does live 16mm film projections. His collaborations include works with sound artists such as Philip Jeck, BJ Nilsen, Francisco Lopez, Roger Tellier-Craig and Alexandre St-Onges. Premiere Sonic Acts Festival 23 February 2017 Paradiso, Amsterdam, NL www.sonicacts.com
This site uses cookies.