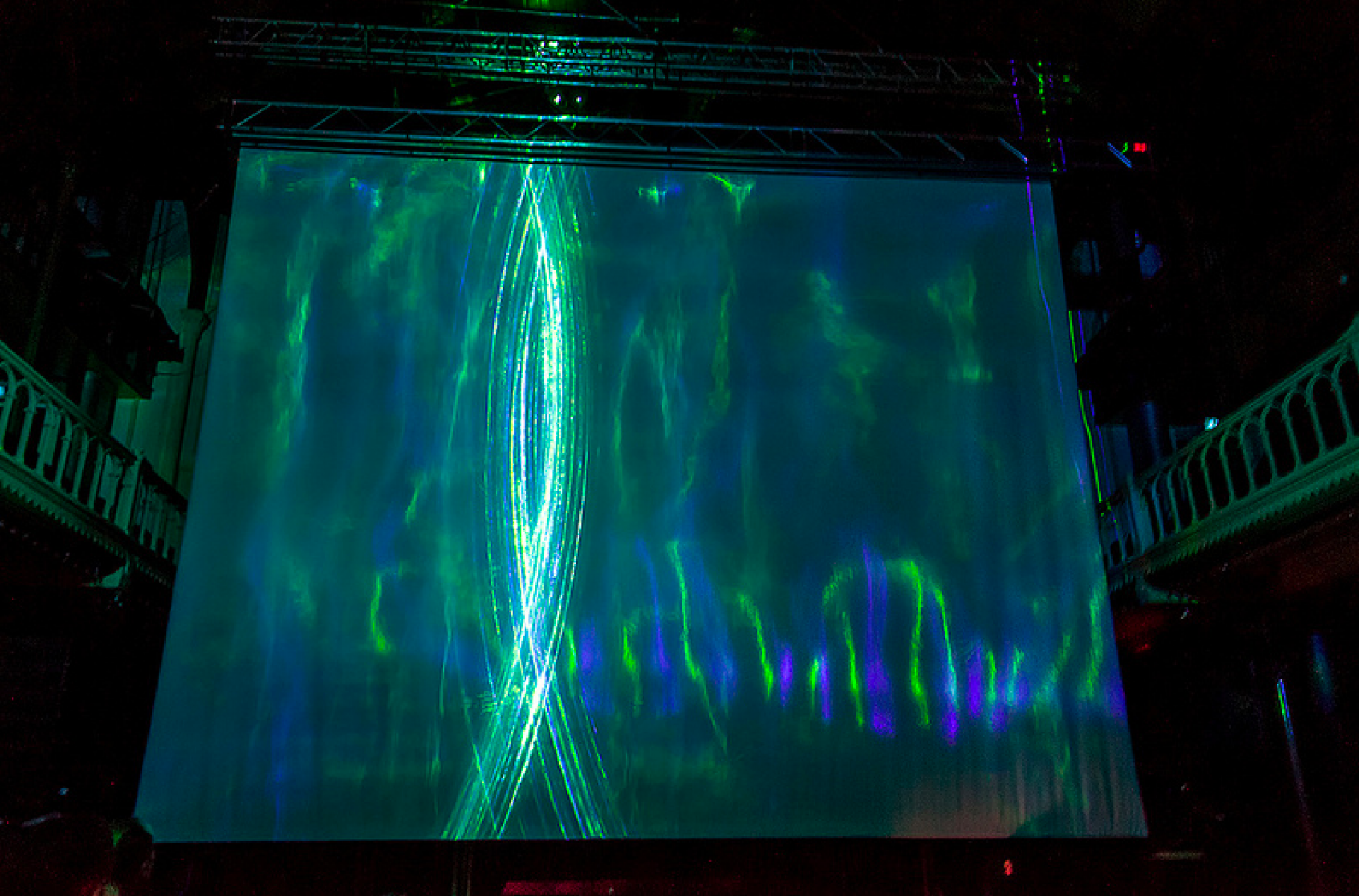 COVEX is a collaboration between composer and sound artist Yamila Ríos and visual artist Joris Strijbos. In this audio visual performance the duo researches the relations between electro-acoustic sound and diffracted light-patterns in a diagonal mixage between the two media. The sonic output consist of a live performance with an extended cello. The output of the instrument is used to create a mass of sound which morphs from a complex noisy environment of fast fragmented textures to a serene and harmonic drone. While a overall collapse of tempi within sound-structures is manifested, the sound of the cello is being revealed. Within the visual domain, a meticulous constellation is formed by shooting laser beams trough transparent objects. By doing this, an effect known as the “speckle pattern” occurs, resulting in abstract landscapes of detailed colour patterns and dynamic evolving shapes. COVEX was co-produced by Sonic Acts Festival and Kontraste Festival and supported by Het Amsterdams Fonds voor de Kunst and Mondriaan Fonds. 22 February 2013 Sonic Acts 2013 – The Dark Universe Amsterdam, the Netherlands 2013.sonicacts.com www.jorisstrijbos.nl