Journeys into the Unknown: Making the Un-sensed Sensible

The "Journeys into the Unknown" panel revealed how contemporary technologies can illuminate aspects of the world we often ignore or about which we remain unaware. Through several modes of experience--vision, hearing, and speculative imagination--each speaker expanded our understanding of what the world is and what it could be. In "Material Vision," Espen Sommer Eide placed focus upon visual representations of the vast northern geographic landscapes of Beeren Eyland in the sub polar Barrents sea region of Norway while also reflecting upon the very act of visually taking in these landscapes. 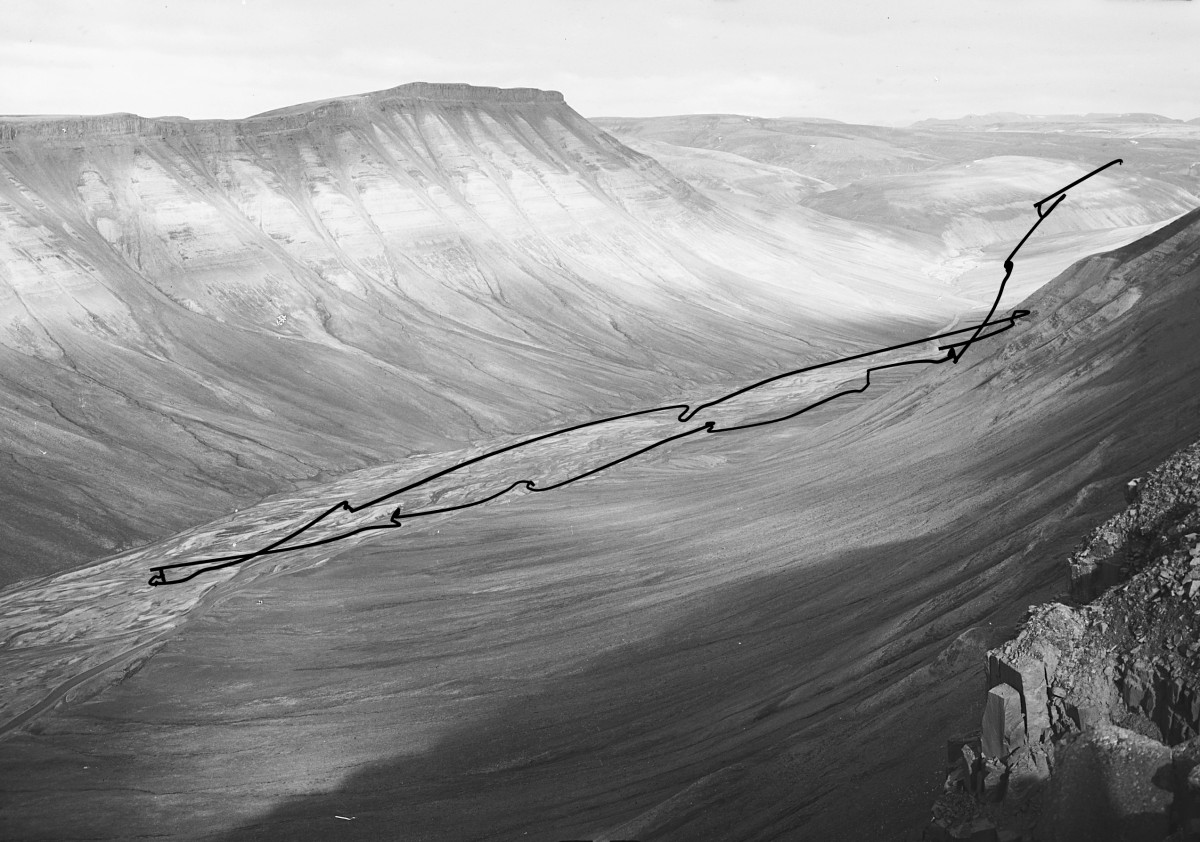 In this project, Eide journeys to different part of the island and fits himself with a device that tracks his eye movements as he gazes upon the landscape. On a tripod beside him stands a custom-made instrument: an orb adorned with a collection of tuning forks and miniature hammers, which converts his eye movements into percussive sounds. In effect, Eide's act of gazing at the "silent" landscape becomes a musical performance as he "plays" the landscape with his eye movements. Through a feedback loop of experience, Eide no longer stands as a disengaged observer of the landscape, but rather becomes a constitutive part of the soundscape. His work helps us reflect upon our own embodiment within the landscape that surrounds us. Jana Winderen helped the audience listen to sonic landscapes that would normally remain silent to humans. The world teems with life that sounds beyond the narrow sensory range of the human ear. Indeed, almost alien-like beings exist all around us, and it takes special technologies to tune into their lively noise. Advanced microphones and production techniques record and render audible to the human ear the ultrasonic clicks of tiny underwater insects and crustaceans, the groans of Toadfish, and the echolocation signals of Bulldogbats fishing for prey. Since some of the species she alerts us are in danger of extinction due to human activity (chemical and sonic pollution, over-fishing, sea-level rise, etc.), Winderen's work reminds us of those life-forms around us that we might save if only we developed a sensitivity toward them. Liam Young's closing talk on the "Brave New Now" used speculative story-telling to take us on a journey through an imagined "visionary present." With Kim Kardashian as our guide, we explore a city that is not geographically contained in a discreet location, but rather remains radically distributed across Earth, constituted from the forward march of capitalist consumerism in the form of networked communities. Drones fly across the sky, forming an orchestra that immerses the Earth in an ever-present drone. Here, the virtual-reality world of bits and bytes is inhabitable and sensible, more real than actual-reality. But there is something eerie, even sinister, about this reality: cities identify with the various products they produce, and the laborers of the globally distributed supply-chain of those products constitute the population of these places. Public and private, animate and inanimate overlap: apartments become offices, offices become mines, mines extract minerals and produce toxic waste, and minerals produce the technologies that perpetuate the cycle of toxic consumption. In this world, the ailing geology and ecology of this digital world is palpable and strangely matter-of-fact. It is a world where all invisible byproducts of industry have been made horribly sensible, while the senses have been blunted by over-saturation. From the visual to the audible to the imagined, this panel vaulted us into new ways of inhabiting and imagining the world around us. If it didn't make the unknown completely known, it at least made us more sensitive to it. Jonah Chambers